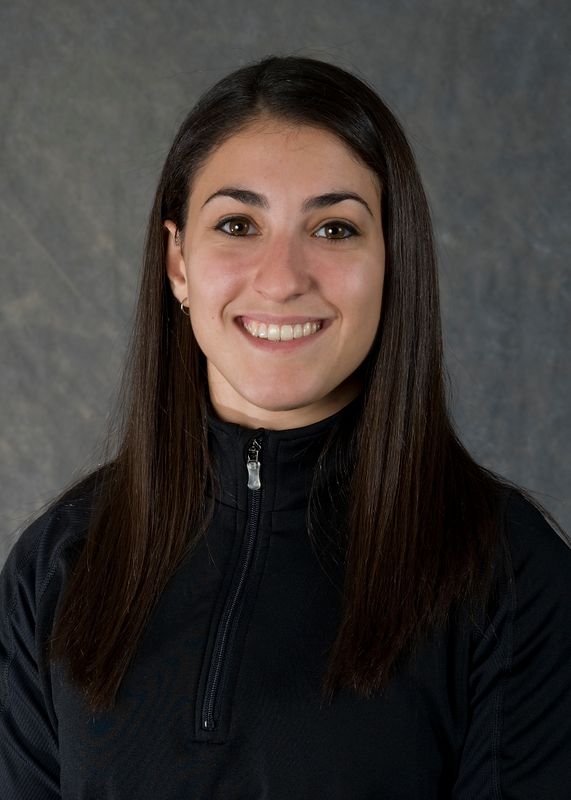 2011… Second team All-Big Ten selection… advanced to NCAA Championships in all-around… one of six Hawkeyes to compete in all 14 meets… won seven individual event titles… tied for first on vault against Denver, posting a career mark of 9.925 and also tying the team season high mark on vault with sophomore Maya Wickus… set personal best of 9.875 on floor versus Iowa State, tying for third place… tied career best on bars with a 9.875 at Southern Utah, winning the individual event title… won event titles on bars (9.875) and beam (9.875) against Wisconsin-Stout… Academic All-Big Ten selection.

2009… First team All-Big Ten selection… Academic All-Big Ten selection… recorded career-highs on vault (9.850 vs. Maryland), bars (9.825 vs. Kentucky), floor (9.850 vs. Maryland) and all-around (39.300 vs. Maryland) during the 2009 season… competed on every event in every meet for the GymHawks… took first place in the all-around four times… of the 44 events she competed on this season, Gebeshian scored below a 9.7 only four times… scored higher than a 9.7 on vault in every meet.

2008… Scored a 9.9 on beam twice (vs. Ohio State, vs. Minnesota) and placed first… tied for 15th on beam at NCAA Regionals… placed in the top three on beam six times… earned season-high 39.1 in the all-around against Michigan State/Illinois… posted a season-best 9.85 on bars at Big Ten Championships to tie for sixth… competed on bars and beam in every meet during the 2008 season.