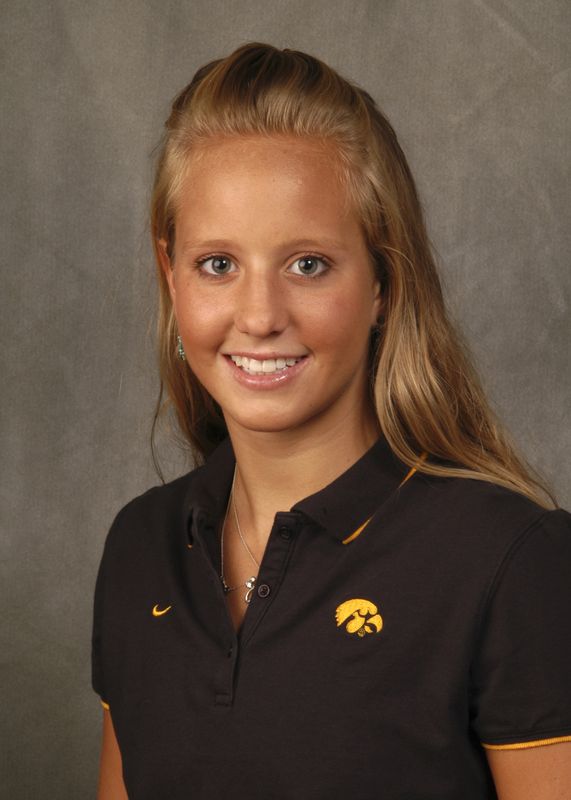 Spring 2011 — competed at No. 2 and 3 positions… recorded 18-16 overall record that included a 9-13 dual match record… posted 5-5 Big Ten record… finished the season ranked No. 12 in the Central Region by the ITA… competed at No. 1 doubles spot with Sonja Molnar… posted a 13-7 record that included a 6-3 record in conference play… reached as high as No. 24 in ITA doubles poll after beginning the season unranked… ended the season ranked No. 43 in the national rankings and No. 3 in the Central Region… received one of 24 at-large bids in doubles to the 2011 NCAA Women’s Tennis Championships … also competed with Christina Harazin in doubles, going 1-1… Academic all-Big Ten… letterwinner

Spring 2010 — Competed in the number four singles spot for much of the season… earned a 10-9 singles record in dual action… posted a 4-6 record against Big Ten opponents… finished the season with a 17-12 overall record… teamed with Kelcie Klockenga in doubles action… competed primarily as the number two doubles team for Iowa… earned a 14-7 record in dual play and went 4-6 in conference competition… the duo dominated in post-season play, recording a 3-0 record, including a win over Michigan to seal the Iowa doubles point victory in the semifinals of the Big Ten Championships… Academic all-Big Ten… letterwinner.

Fall 2009 — Recorded a 7-2 doubles record with Kelcie Klockenga including a doubles title at the Gopher Invitational and a second place finish at the Midwest Regional tournament… went 6-3 in singles play.