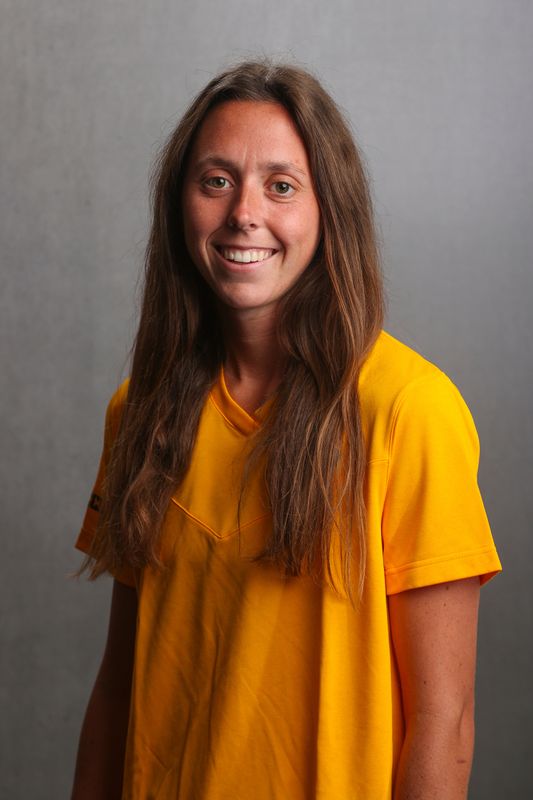 2020 – Started all 17 games, logging 1,408 minutes… scored one goal and had one assist… attempted 16 shots with seven being on goal… scored the first goal in Iowa’s 2-1 win at Illinois (4/8) in the Big Ten Regional Weekend… tallied an assist in the NCAA Tournament Second Round game against No. 3 Illinois (4/30)… played 90 or more minutes in seven games, including the final six games of the season.

High School — All-Iowa Girls Soccer Athlete of the Year by the Des Moines Register as a senior… four-time first-team all-state, first-team all-district, and first-team all-conference selection… All-Iowa Elite Team selection as a junior and senior… Team Most Valuable Player as a sophomore, junior, and senior… recipient of team’s “Most Goals Scored Award” all four seasons… team captain as junior and senior… received “Most Assists Award” as a sophomore and junior… scored 170 goals and tallied 30 assists in prep career… was second in the state in scoring as a senior, finishing with 62 goals… led the state of Iowa in goals as a junior, scoring 46 goals and adding four assists in 19 games… ranked second in the state in goals as a sophomore, scoring 39 goals and adding 14 assists in 19 games… scored 23 goals and had three assists as a freshman — a school-record for goals by a freshman… helped team to a WAMAC-East Conference title and a sixth-place state finish in 2014… played for the Iowa Soccer Club from 2005-16 for the ISC Pumas and ISC Unified… team was an Iowa State Cup U18 semifinalist… received “Most Dedicated Award” in 2014 and 2015… played for Club Alliance/ISC Merger in 2016, winning the U19 Iowa State Cup title… also was a four-time all-conference selection (unanimous first-team as a senior, second-team as freshman and junior, first-team as sophomore) in basketball… also was an honorable-mention all-state and first-team all-district selection as a senior after leading the state in steals… four-time state and three-time Drake Relays qualifier in track in the high jump… broke the school record in high jump… member of the National Honor Society… four-year Peer Leader… high school coach was John Tucker, club coaches were Jon Cook, Paul Dayrell, Colin Crichton, and Michael Prunty.