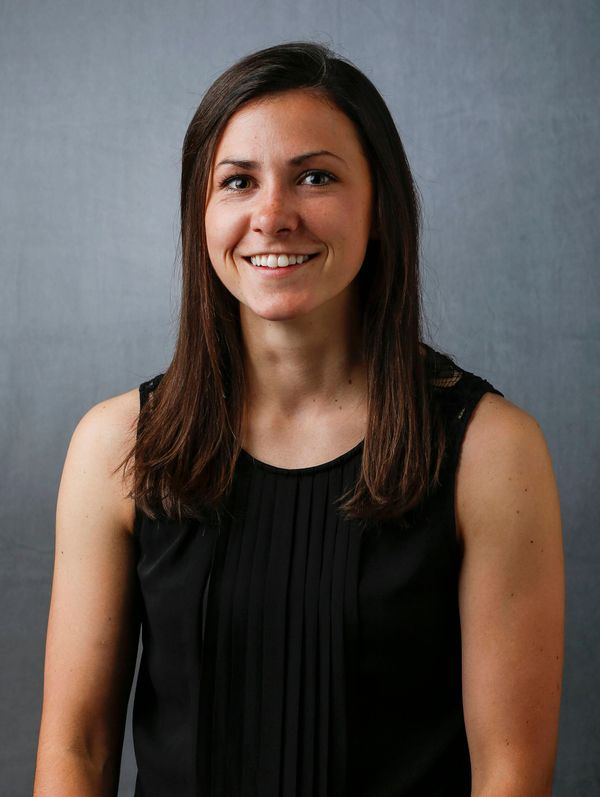 2014-15 as a Senior… Team co-captain… played in 11 games this season, converting 5-of-8 three-pointers (62.5 percent)… netted a season-high 9 points, going 3-for-4 from three-point range, in 9 minutes played against USC Upstate on Nov. 14… sunk the only three she shot in Iowa’s Senior Day win over Minnesota on March 1… recipient of the 2015 WBCA’s Charles T. Stoner Law Scholarship; awarded annually to one female collegiate basketball player who intends to pursue a career in law… Academic All-Big Ten honoree.

2011-12 as a Freshman… Played in 21 games… first career minutes came in season-opener vs. Harvard…tallied five assists in win over Western Illinois… finished season with 13 points, nine rebounds and 15 assists.

High School… Selected to Ohio-Kentucky All-Star Game as a senior… District all-star and second team all-city selection… given Ohio Athletic Association’s Archie Griffin Sportsmanship Award as a senior… three-time all-conference selection, including second team honors as a sophomore and first team honors as a senior… earned the Heart and Hustle Award at the Pickerington Kroger Holiday Classic and all-tournament team honors at the Bill Yikes Thanksgiving Tournament as a sophomore… forced to miss her junior season after suffering a torn ACL just six games into the season.. led her high school team to GGCL Conference and Ohio State championships as a freshman and sophomore… hit a buzzer-beating layup in the Division I state championship game as a rookie… was a perfect 100 percent from the free throw line as a freshman and averaged 9.7 points along with a .450 three-point percentage as a sophomore… was averaging 11.2 points and two assists per game as a junior before suffering the season-ending injury… averaged 16 points and 2.5 steals as a junior… played for the Cincinnati Tar Heels club team and won the 2006 and 2007 USJN national championship… also played golf at Mount Notre Dame High School from 2007-08… received First Honors on the Honor Roll, served as treasurer for the National Honor Society, is an Advanced Placement Scholar and is also a member of the Spanish National Honor Society.

Personal… Parents are Marie and Terry Reynolds… father is the Senior Director of Professional and Global Scouting for the Cincinnati Reds… has one brother, Jonathan… business management major.