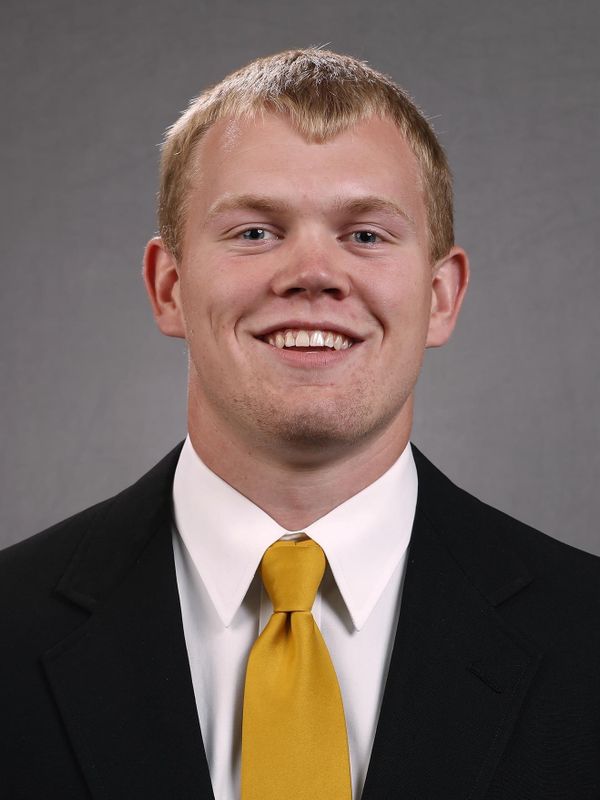 High school honors — Named prep team Most Valuable Player for three straight years…named Class 1A Player of the Year as a senior by the Iowa Football Coaches Association (IFCA)…named Ames Tribune Player of the Year as a senior…earned first-team all-state honors, district MVP honors on defense, and first-team all-district honors as a senior…second-team all-state linebacker and first-team all-district running back as a junior, while being named to Ames Tribune All-Area team…second-team all-district running back as a sophomore…second-team all-district linebacker as a freshman, while being named to Ames Tribune All-Area team. Career — Played linebacker, running back, and receiver while earning four letters…helped team reach state playoffs as a senior with 8-2 overall record…holds school records for rushing yards in a game (294) and career scoring…recorded 82.5 tackles as a senior, including 12 tackles for loss and six sacks, to go with two interceptions…rushed 188 times for 1,260 yards and 13 touchdowns as a senior, with 11 receptions for 131 yards and one touchdown…completed only pass attempt as a senior for 34-yard touchdown…recorded 52 tackles as a junior, with 9.5 tackles for loss, five sacks, and two recovered fumbles…rushed for 889 yards and 10 touchdowns as a junior, with 218 receiving yards and two touchdowns…collected 60 tackles as a sophomore, including 6.5 tackles for loss and 2.5 sacks, with one interception…rushed for 712 yards and four touchdowns…as a freshman, recorded 10.5 tackles, including four tackles for loss, 1.5 sacks, and six interceptions, with one touchdown…collected 11 receptions for 176 yards and two touchdowns as a freshman…four-year letterman in basketball and track…placed seventh in state in the shot put as a junior…team captain for final three prep seasons.

Personal — Born 8/4/99…elementary education major…earned Academic All-District honors as a junior and senior…Academic All-State as a senior…Rotary Leadership Club as a senior…named to prep Honor Roll four straight years…parents are Amy and Corey Klemp…high school coach was his father.