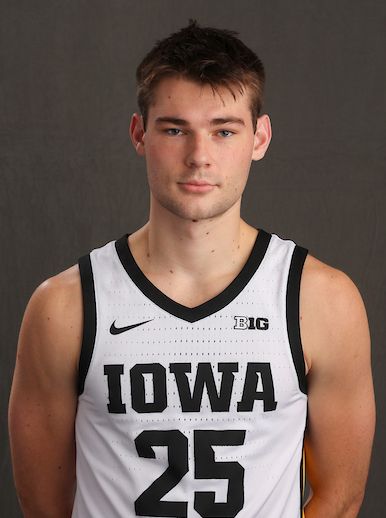 2021-22 — Competed in 12 games… sank one 3-pointer in three contests (Alabama State, Western Michigan, Northwestern)… made 3-of-5 (.600) from 3-point range… his 3-pointer in the final seconds against Northwestern in the Big Ten Tournament Second Round was the team’s 19th of the game, establishing a new single-game record in the tournament… letterwinner.

High School – Reclassified to 2021 after the end of his senior season was cut short due to the COVID-19 pandemic… was an all-district honoree his junior season, averaging 13.5 points, five rebounds, three assists, and two steals on Hanover Horton High School’s team that went 24-2… an all-state selection as a senior, averaging 15 points (shooting 60 percent from the field, including 45 percent from 3-point range), 5.3 rebounds, 3.1 assists, and 1.5 steals on a 21-1 team that was surging before COVID-19 canceled the 2020 postseason state tournament… tallied a career-high 31 points in the 2018 regional championship state tournament game… member of high school team that won its conference championship as a sophomore, junior, and senior, and placed second as a freshman… also was a four-year soccer letterwinner, two-year lettermen in baseball, and competed on the golf team… off the field, Laketa participated in the Community Service Club.