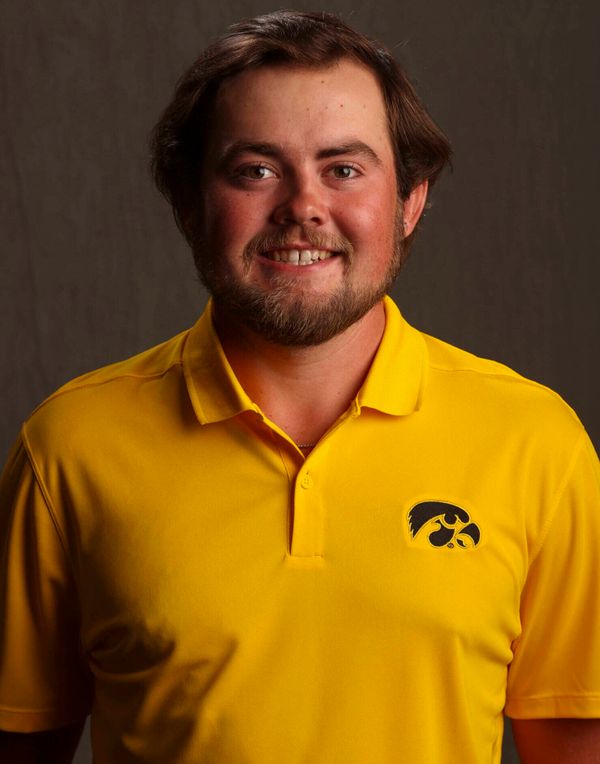 Spring 2022 —  Second-team All-Big Ten honoree… named to Division I PING All-Midwest Regional Team for the second time in his career… led Iowa in stroke average (72.2) through a team-high 33 rounds of golf… led team in rounds at or below par (14)… posted eight top 25 finishes in 11 outings and placed in the top 10 on the leaderboard four times… finished fifth at the Hawkeye Invitational… posted a career-low round of 64 at the Puerto Rico Classic, matching the third-lowest 18-hole round in program history… 54-hole score of 203 (-13) at the Puerto Rico Classic was the low Hawkeye 54-hole score of the season and a career-best… 3-1-0 record at Big Ten Match Play Championships led the team at that event… qualified to compete individually at NCAA Regionals in Norman, Oklahoma, where he tied for 14th at 214 (-2) through 54 holes… co-medalist at US Open local qualifier at season’s end, shooting 69 (-3) at Blue Top Ridge Golf Course… competed individually at US Open final qualifier in Springfield, Ohio… Joliet Amateur Champion on June 12 at Wedgewood Golf Course (competed individually)… letterwinner.

Spring 2020 — Competed in all three tournaments… finished 1-2-1 at the Big Ten Match Play Championships… tied for 71st at the Puerto Rico Classic with a three-round total of 234 (+18)… competed as an individual at the Colleton River Collegiate, tying for 76th with a 54-hole score of 233 (+17)… season canceled by Big Ten Conference and NCAA on March 12, due to concerns of coronavirus (COVID-19)… Spring Semester Dean’s List honoree… letterwinner.

Fall 2019 — Competed in last two tournaments… tied for 23rd in Hawkeye debut at the Notre Dame Fighting Irish Classic with a 54-hole score of 214 (+1)… fired a personal-best 67 (-4) in the second round of the Fighting Irish Classic to tie for the sixth-lowest 18-hole round in program history… totaled two rounds at or below par and averaged 73.7 strokes-per-round.

High School — Fifth ranked golfer in Illinois in the class of 2019… finished fifth at state as an individual the past two years… won the high school team championship three times… recorded a career-best second place finish in the American Junior Golf Association.