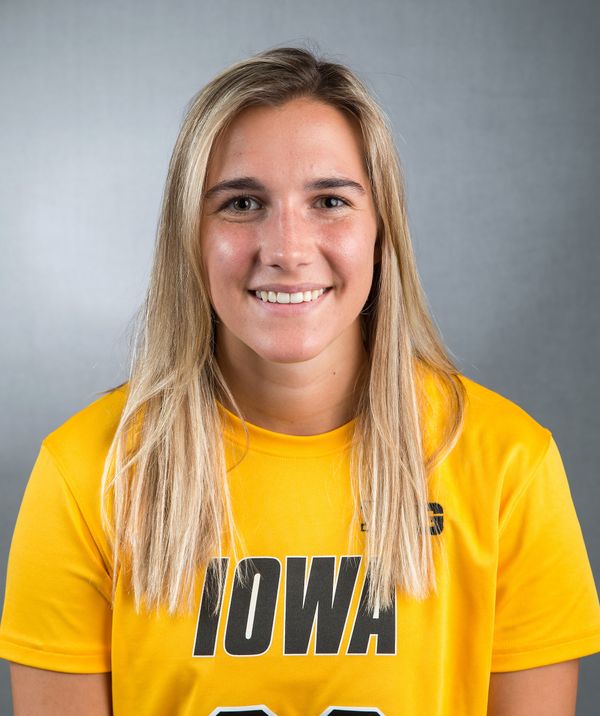 2014 — Recipient of Iowa’s Newcomer of the Year honor… started all 20 games played in, logging 1,724 minutes as a midfielder… scored three goals on 24 shots and tallied four assists… notched two assists in Iowa’s victory over Fresno State… netted her first career goal against Michigan… scored the game-winning goal in two games, including Iowa’s victory over No. 23 Rutgers in the quarterfinals of the Big Ten Tournament… member of a Hawkeye defense that set the school record for most shutouts in a season (12) and fewest goals allowed in a regular season (16)… Iowa’s defense ranked second in the Big Ten in shutouts and fourth in goals against average (0.75)… letterwinner.

At Connecticut… Played in six games as a true freshman, helping the Huskies to an 11-9 overall record in the American Athletic Conference.

High School — Won back-to-back state championships in 2009 and 2010… team captain as a senior… member of the Michigan Olympic Development team from 2007-10… played club soccer for the Michigan Hawks… was a MSYSA State Cup quarterfinalist in 2011.