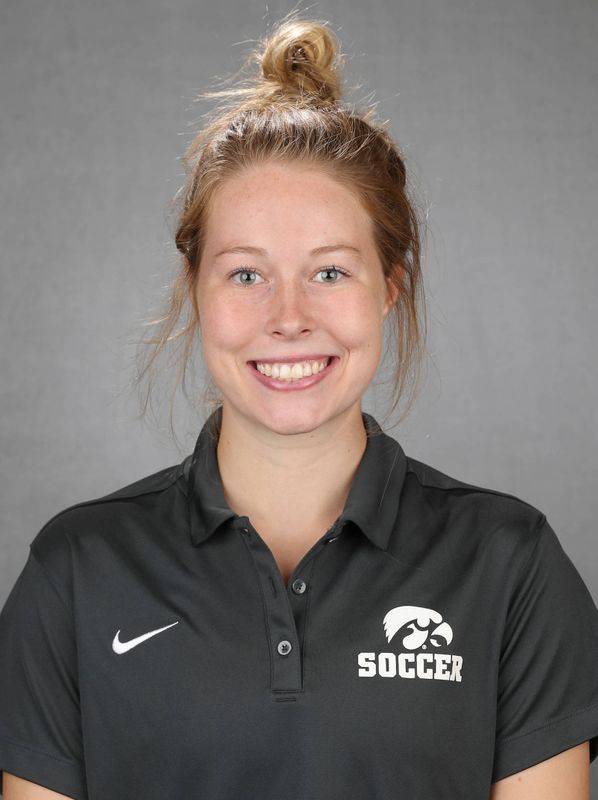 2019 Honors — Named a second-team United Soccer Coaches All-North Region selection… is fourth player in school history to earn two or more all-region honors… second-team All-Big Ten honoree… earned Iowa’s team Most Valuable Player for a second straight season… named to the Dean’s List for the spring semester. 2019 — Started all 21 games, logging 1,507 minutes… tied for the team lead with six goals and had two assists… 14 points were third-most on the team… had 36 shots with 18 being on goal… was 4-for-4 in penalty kicks (8-of-8 in her career)… tied for eighth in the Big Ten in game-winning goals (3 — vs. UNI, vs. Iowa State, and at Indiana)… logged 102 minutes in the 2-2 draw at No. 10 Wisconsin (10/17).

High School — Member of the U18 USA Women’s National Team, competing in six U18 National Team Camps… member of the ECNL Michigan Hawks from 2009-16… named a top 11 player from ENCL National Team Camp in July, 2015, and a top 10 standout from ECNL National Team Camp in July, 2014… member of the ODP 98 State team from 2010-13 and the ODP 98 Regional Team in 2012 and 2013… helped team to the U13 State Cup title in 2011… two-time all-conference and all-area selection…earned all-district, all-region, and honorable mention all-state honors as a sophomore… did not play high school soccer as junior or senior… also was an honorable-mention all-state, All-West third-team, and all-conference selection in basketball… four-year starting point guard, helping team to the state championship game as a sophomore… high school coach was Jeannine Reddy… club coach was Adil Salmoni.