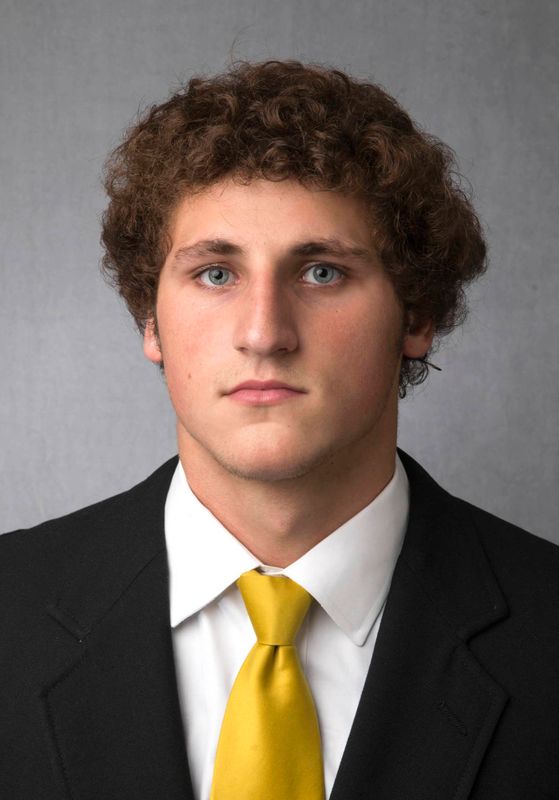 High school honors – – Named to Des Moines Register Elite all-state team as a senior . . . earned Class 4A Sports Spotlight Award as a senior . . . first-team all-conference and all-district as a senior . . . first-team all-conference and second-team all-district as a junior . . . Career – – Three-year football letterman as safety, wide receiver and quarterback . . . member of prep team that won back-to-back state titles as a junior and senior with a combined record of 27-1 . . . prep team posted 9-3 record and reached state quarterfinals as a sophomore . . . recorded 63 tackles as a senior, with 39 solo stops and three tackles for loss to go with three interceptions . . . recorded 53.5 tackles as a junior, with 35 solo tackles, one tackle for loss and one interception . . . also completed 7-of-12 passes for 69 yards and had one rushing touchdown . . . as a sophomore quarterback completed 56-of-90 pass attempts for 986 yards and 13 touchdowns, while rushing 52 times for 218 yards and four touchdowns . . . also participated in basketball and baseball as a prep.