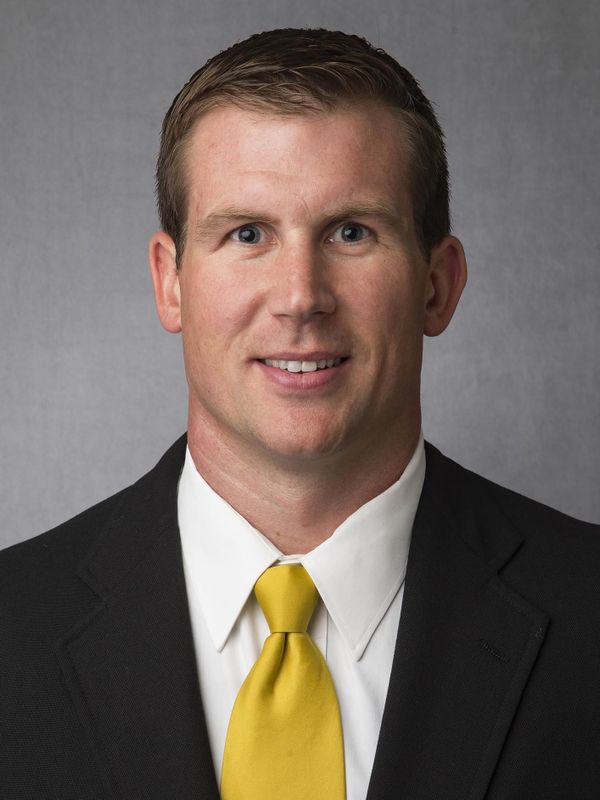 Cody Myers is in his ninth year as an assistant strength and conditioning coach with the University of Iowa football program.

At Coe, Myers designed and implemented strength and conditioning programs for the baseball and softball programs, while assisting with the football, volleyball, men’s and women’s basketball and wrestling teams.

Myers is a veteran of the United States Marine Corps (2003-10) and a veteran of the Iraq War and the Global War on Terrorism. While serving, he held earned the rank of Corporal and held the positions of Fire Team Leader and Vehicle Commander. He conducted security operations and escorted high ranking officials.

Myers earned his Associate Degree from Kirkwood Community College and his bachelor’s degree in physical education from Coe College in 2015.  He earned a Masters of Science degree in exercise science in performance enhancement and injury prevention from California University of Pennsylvania.

Myers was born May 8, 1984, and is a native of Keosauqua, Iowa, where he attended Van Buren High School. His wife’s name is Nicole, and he has two sons, Gunner and Cutter, and two daughters, Hadley and Hayley.