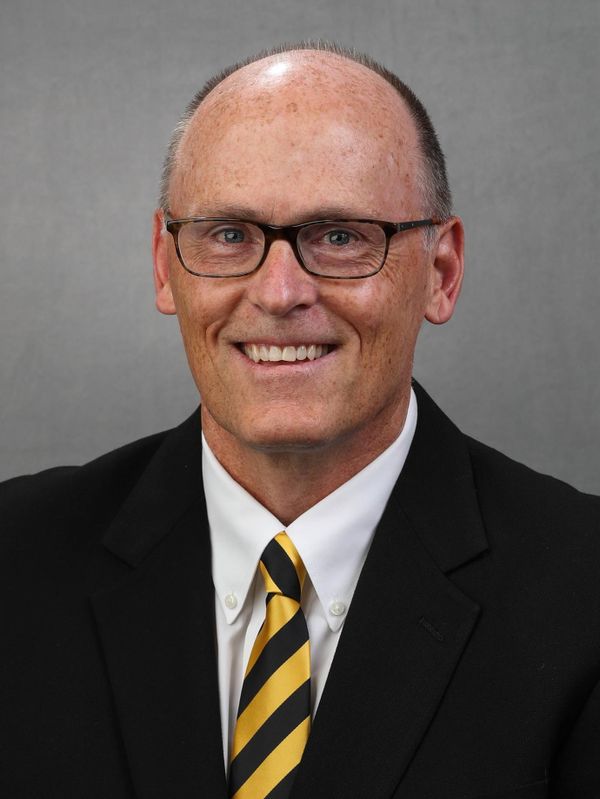 Jay Niemann was named assistant defensive line coach and defensive recruiting coordinator in May, 2019. Niemann joined the Hawkeye coaching staff after serving as the defensive coordinator and linebackers coach at Rutgers University for three seasons (2016-18).

VanValkenburg signed a free agent contract with the Las Vegas Raiders immediately following the 2022 NFL Draft. In three consecutive years, 2019-21, the Hawkeyes had a defensive lineman selected in the first four rounds of the NFL Draft.

Following back-to-back narrow losses to open the 2020 season, Iowa won six straight games, all in Big Ten play, to complete the regular season. Iowa’s defense allowed just seven points in three of the wins. The winning streak included road wins at Minnesota, Penn State and Illinois, and trophy game victories over Minnesota, Nebraska, and Wisconsin. The Hawkeyes were ranked 15th in the nation in the final CFP rankings and coaches poll, and 16th by the Associated Press.

Junior tackle Daviyon Nixon earned unanimous consensus All-America honors. He was named the Big Ten’s defensive lineman and defensive player of the year while earned first-team All-Big Ten honors. He was a finalist for both the Outland Trophy and Nagurski Award. Senior end Chauncey Golston also earned first-team All-Big Ten honors, while VanValkenburg earned second-team honors. Golston was selected by Dallas in the third round of the 2021 NFL Draft, while Nixon was selected in the fifth round by Carolina. DT Jack Heflin signed a free agent contract (Green Bay) immediately following the draft and was with the Packers throughout the 2021 season.

The Hawkeyes concluded the 2019 campaign with a 10-3 record following a 49-24 win over No. 22 Southern California in the Holiday Bowl. The three losses were all to ranked opponents by a combined 14 points. Iowa posted a 4-1 record in trophy games for the third straight season.

Niemann’s top defensive player at NIU was safety Jimmie Ward, who was selected by San Francisco in the first round of the 2014 NFL Draft. The 30th overall pick, Ward led the Huskies in tackles in each of his final two seasons. In all, Niemann’s Huskie defense produced seven players who signed with NFL teams

In 2015, NIU ranked eighth in the nation in turnovers gained (29) and fourth in interceptions (22). Sophomore cornerback Shawun Lurry led the FBS with nine interceptions and earned multiple All-America honors. The defensive unit posted 26 sacks with 15 different players involved in at least a half sack.

Six NIU defensive players earned All-MAC honors in 2014 as six opponents were held to 17 points or less. In 2012, the NIU defense held five opponents to nine points or less en route to a second straight MAC title and a historic berth in the Orange Bowl at the conclusion of the season. In the 2011 MAC Championship game, the NIU defense shut out Ohio in the second half en route to a 23-20 victory, the school’s first MAC football title in 28 years.

During his tenure at Hardin-Simmons, Niemann helped turn a defense that ranked last in the nation prior to his arrival into the No. 2 unit in the American Southwest Conference in 2009. He helped guide Hardin-Simmons to the first round of the 2008 NCAA Division III playoffs.

Niemann served as the head coach at Simpson College from 2002-07. Niemann compiled a 32-29 record in his six seasons (2002-07) as head coach at Simpson. He led the Storm to the 2003 NCAA Division III Playoffs while also serving as defensive coordinator and defensive backs coach. He was named the 2003 Iowa Conference Coach of the Year.

Prior to his arrival at UNI, Niemann spent eight seasons at Drake University (1989-96), where he was the defensive coordinator and secondary coach. He was promoted to assistant head coach in 1995. In his final three seasons, the Bulldog defense ranked in the top 10 nationally in scoring defense, pass efficiency defense and total defense.

Niemann coached linebackers and special teams in 1985 at Western Washington while pursuing his master’s degree. Niemann accepted a graduate assistant position at Washington in 1986, working with the Husky linebackers and defensive backs while coaching under Washington legends Don James and Jim Lambright.

Niemann completed his bachelor’s degree in physical education from Iowa State in 1983, and received his master’s degree in educational administration from Western Washington in 1989. He played linebacker at Iowa State from 1979-82 after earning all-state honors as a prep at Avo-Ha Community High School in Avoca, Iowa.

Jay and his wife, Lou Ann, have two sons, Ben and Nick. Both Ben and Nick were involved in the Iowa football program. Ben was a letterman from 2014-17 and has been a key defensive contributor for the Kansas City Chiefs for four seasons. The Chiefs won the Super Bowl following the 2019 season and returned to the Super Bowl in 2020. Nick completed his senior season as a Hawkeye linebacker in 2020. Nick was selected by the Los Angeles Chargers in the sixth round of the 2021 NFL Draft and played his rookie season with the Chargers in 2021.