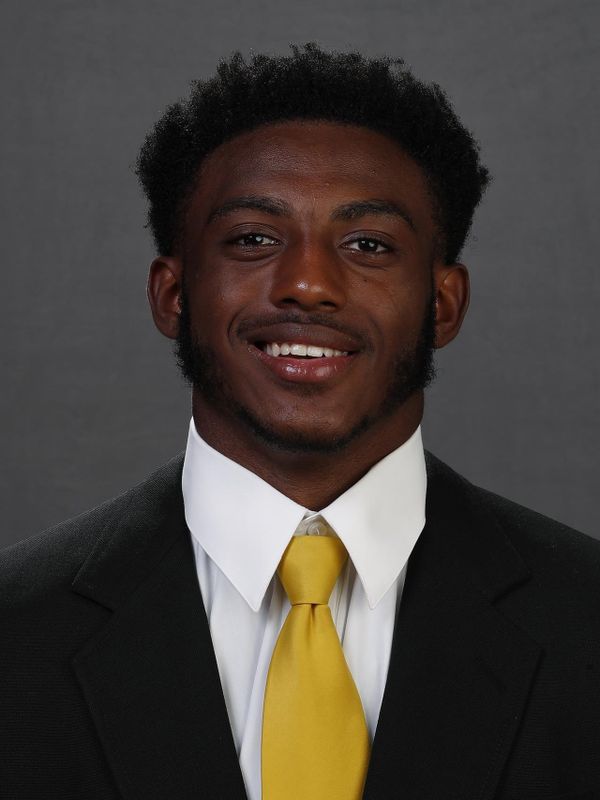 Hawk Item – – Ranked fourth in the Big Ten and 11th in the nation with two recovered fumbles.

High school honors – –  Earned first-team all-state, all-district and all-region honors as a senior as defensive back and wide receiver . . . earned first-team all-state, all-region, and all-district honors on defense as a junior . . .  Career – – Three-year football letterman as defensive back and wide receiver and kick return specialist . . . prep team won state championships as a junior and senior after finishing as runner-up during sophomore season . . . three-year team record of 42-2, with undefeated seasons as a junior and senior . . . holds school record for receiving yards in a season with 1,237 yards . . . recorded 42 receptions for 1,237 yards and 16 touchdowns as a senior . . . on defense as a senior recorded 25 tackles, five interceptions, and seven pass break-ups . . . 13 receptions for 192 yards and two touchdowns as a junior, with 32 tackles and two interceptions on defense . . . recorded 23 tackles and four interceptions as a sophomore . . . averaged 15.7 yards on 13 punt returns and 24.9 yards on 11 kickoff returns as a senior . . . 20.2 yard average on five punt returns as a junior, with one touchdown, while averaging 19 yards on 13 kickoff returns.