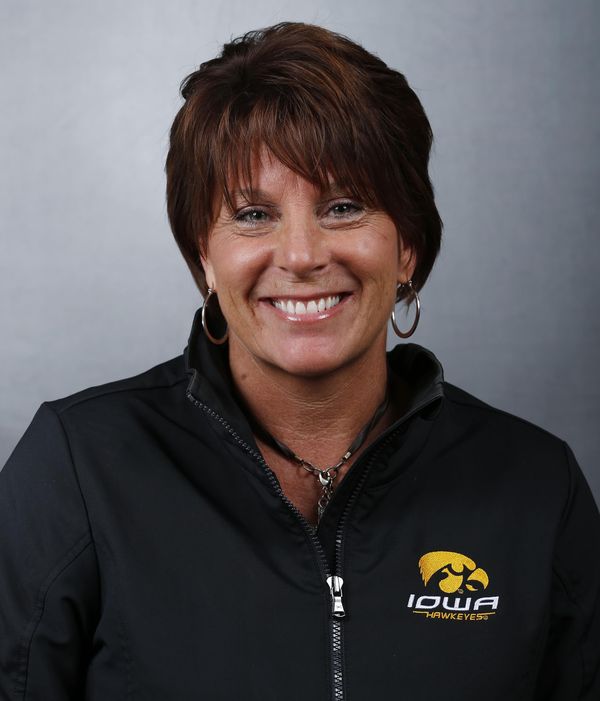 Jennifer Green is in her sixth year as an assistant coach on the University of Iowa women’s gymnastics staff.

During the 2018 season Green helped the team to a No. 33 national ranking and a 13 win season. The GymHawks finished sixth at the NCAA Regional in Minneapolis, Minn. with a total of 195.050. Iowa recorded a season-high 196.400 at the Big Ten Championships to finish fourth overall. Charlotte Sullivan was named to the All-Championship team for the first time in her career. Green coached two GymHawks to season highs on the beam with a score of 9.900, Nicole Chow, and Nikki Youd. Chow earned the season high at Southern Utah and Maryland, and Youd at Southern Utah.

During the 2017 season, Green helped lead the team to a No. 18 national ranking and an overall record of 25-11, with a conference mark of 13-5. At the Big Ten Championships, the GymHawks finished third and recorded the best championship score in program history with a 196.725. Green helped the team to qualify for the Champaign NCAA Regional, where they finished third with a score of 196.050. At the NCAA Regionals, the GymHawks set the school record on beam with a rotation score of 49.600 — shattering the previous record of 49.425. Freshman Clair Kaji and senior Angel Metcalf finished on top of the podium in the event with season-bests of 9.950, which led them to advance to the NCAA Championships. Metcalf competed in the all-around (39.3100), while Kaji appeared as a specialist on beam (9.8625).

Under Green and the rest of the coaching staff, the GymHawks complied a vast list of awards throughout the season. A record five gymnasts — seniors Mollie Drenth and Angel Metcalf, juniors Lanie Snyder and Melissa Zurawski, and freshman Clair Kaji — earned All-Big Ten honors. Drenth, Metcalf and Snyder were also named to the All-Championship Team. Zurawski was named Big Ten Gymnast of the Week on Jan. 30, while Kaji and freshman Charlotte Sullivan each garnered Big Ten Freshman of the Week honors twice. Outside the gymnasium, nine GymHawks were named to the All-Big Ten Academic Team — the most to receive this honor since 2010.

In 2016, Green was named NCAA North Central Region Assistant Coach of the Year,
after helping to lead the team to a 10-win season and No. 19 Ranking. The University of Iowa women’s gymnastics team was selected to host NCAA Regional Competition in Iowa City.  Six GymHawks placed in the top 15 for individual events, leading Iowa to a fourth-place finish with a score of 195.450. Green helped to coach juniors Mollie Drenth  and Angel Metcalf to be named part of the All-Championship team. Drenth was selected to compete at the NCAA Championship as an individual, where she garnered All-American honors by placing third on beam with a score of 9.9125. At the Big Ten Championship, Green helped to coach the team to nine top 20 finishes and a fifth-place finish with a score of 195.875, and senior Alie Glover, Drenth, and Metcalf were named to the All-Big Ten Championship team for a second consecutive year. Green and the rest of the coaching staff helped seniors Opua Calucag, Johanny Sotilo, and Glover and sophomores Lanie Snyder, Megan Ruzicka, and Nikki Youd to be named Academic All-Big Ten honorees.

Green comes to Iowa after serving as an assistant coach at the University of Missouri for two years where her specific responsibilities included choreographing and coaching beam.

Prior to her stint in Columbia, Green spent four years as recreational director and beam and floor coach at Elite Gymnastics Club in Lenexa, Kansas, before moving on to Kansas Gymnastics and Cheer, where she spent 12 years as the beam and floor coach. She has also coached numerous athletes to USA Gymnastics Western Nationals and Level 10 Junior Olympic Nationals, and several earned state, regional and national titles.

Green holds a bachelor’s degree in management and human relations from Mid America Nazarene University. Green earned a Master of education in educational, school and counseling psychology with an emphasis in positive coaching from the University of Missouri. She continued her education and desire to help others be a champion in all dimensions of their life and received her Sport Life Coaching certificate.

Green competed at the elite level before continuing her career as a gymnast for LSU, where she was honored as an all-conference athlete (SEC) and an NCAA All-American.