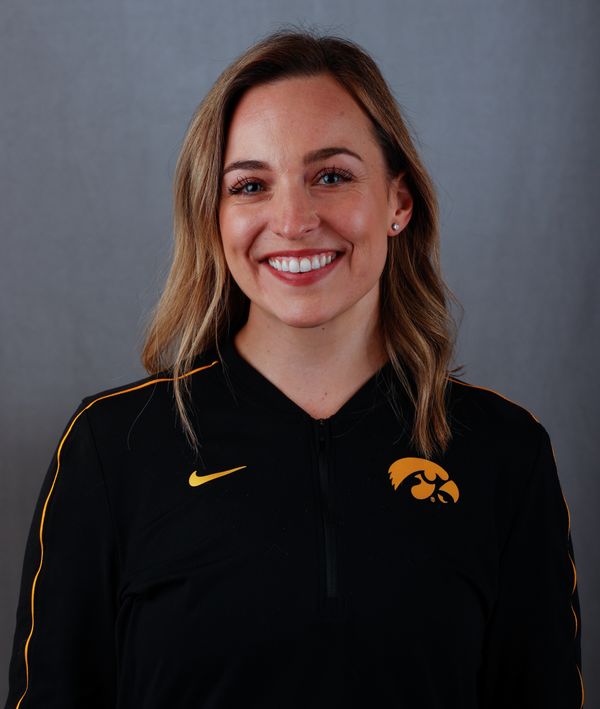 University of Iowa graduate and former Gymhawk Jessa Hansen Parker is in her third season as an assistant coach with the Iowa women’s gymnastics program.

During her first two seasons with the Hawkeyes, Hansen Parker has coached an NCAA Championships runner-up, five WCGA All-Americans, one Big Ten Freshman of the Year and nine All-Big Ten selections.  The GymHawks ended both seasons ranked in the top 20 nationally, including a No. 15 national ranking in 2022.

Hansen Parker’s second season was a stellar follow-up to Year 1 as the GymHawks posted five of the top eight scores in program history during the season, won the first session and finished third at the Big Ten Championships before knocking off No. 6 LSU in NCAA Regionals to advance to the NCAA Regional Final for the first time under the current format.  The Hawkeyes scored a 197.075 in the Regional Final — the second-highest score and just third 197 in program history.

Hansen Parker’s first season on the coaching staff was one for the ages, as she helped lead the GymHawks to one of the best seasons in program history in 2021.  Iowa finished the regular season with an 8-0 record to claim the first Big Ten title in program history. The team posted four of the top 10 scores in school history during the season, including a 197.050 — the second-best score all-time — at the NCAA Tuscaloosa Regional.  The Hawkeyes also won the Big Five Meet in Ann Arbor, and finished tied for third at the Big Ten Championships.

Two Hawkeyes — Guerin and Henderson — shared Big Ten floor titles, making them the third and fourth Big Ten floor champions in school history and the first since 2004.  Guerin, Henderson and Kaji were all named to the Big Ten All-Championships team.

Hansen Parker returned to Iowa City after serving four seasons as an assistant coach and recruiting coordinator at UC Davis. While with the Aggies, Hansen Parker was tabbed as the 2019 Assistant Coach of the Year by the Mountain Pacific Sports Federation (MPSF) and in the West Region by the Women’s Collegiate Gymnastics Association.