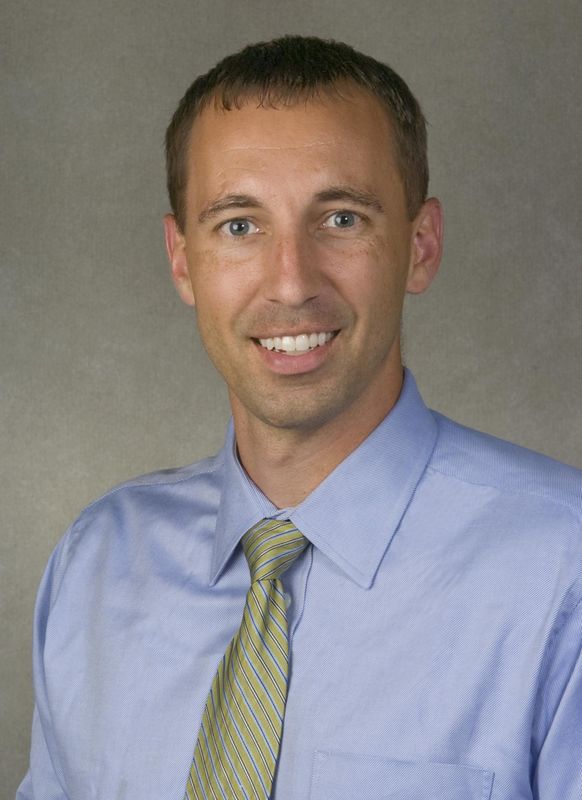 Brad Floy is in his 11th season as the University of Iowa men’s basketball athletic trainer.

Since returning to his alma mater, Floy has been on staff of eight Hawkeye teams that have qualified for postseason competition, including six of the last eight NCAA Tournaments.

Iowa has had one of the most dominating players in college basketball each of the past three seasons. Luka Garza was twice named national player of the year and a consensus first-team All-America selection in 2020 and 2021, while Keegan Murray was a finalist for the Wooden Award and Naismith Trophy, earned consensus first-team All-America laurels and was named the Karl Malone Power Forward of the Year in 2022.

Floy was on the front line during the pandemic testing student-athletes and staff on a daily basis, making sure Iowa met COVID-19 safety guidelines set by the Big Ten Conference.

The Hawkeyes have finished fifth place or better in the Big Ten six of the last eight years. Iowa has won at least one game in postseason tournaments six of the last nine completed seasons, including NCAA Tournament wins over Davidson (2016), Temple (2017), Cincinnati (2019), Grand Canyon (2021), and reaching the NIT championship game in 2013.

Prior to being named to this position, Floy served as Assistant Athletic Trainer and Lecturer in the Department of Kinesiology at Fresno State from 2008-12. He was responsible for the care and prevention of injuries as they relate to the Bulldog men’s basketball and tennis programs.

Floy spent the previous six years as a graduate assistant with the Hawkeye men’s basketball team while earning his Bachelor’s of Science (’02) and Master’s of Science (’04). He also earned his Ph. D. in exercise science from Iowa in 2012. During Floy’s tenure, the Hawkeyes achieved excellence at the highest level as regular postseason contenders. In 2006, the Hawkeyes won the Big Ten Tournament championship and earned a No. 3 seed in the NCAA Tournament. As a No. 10 seed, Iowa also made the NCAA Tournament in 2005, after going to three straight postseason NIT tournaments from 2002-04.

In addition, he serves as an Adjunct Professor in the Department of Health and Human Physiology. He specializes in lower extremity injuries, biomechanics and motor control of walking. He currently serves as Past-President of the Iowa Athletic Trainers’ Society and sits on the NATA State Association Advisory Committee. Floy is a member of IATS, MAATA, NATA, and CATS. He holds certifications in CES, ART, Graston Technique, FMS-II, CPR/AED Instructor, and Certified Strength & Conditioning Specialist. Floy was named the 2014 Athletic Trainer of the Year by the Iowa Athletic Trainers’ Society (IATS), the 2020 Dan Foster Clinical Supervisor Award, and the 2020 NATA Lifesaver Award.

A native of Clear Lake, Iowa, the 42-year-old Floy is married to Erin Floy, who works as a physical therapist.