Iowa City has proven to be a place where student-athletes can showcase their talent against Big Ten foes and opponents across the nation. But Iowa City is also the perfect place to grow (mentally, physically, and as a student of the game) and improve. Of Iowa’s 21 recent MLB Draft picks, only two were previously drafted. 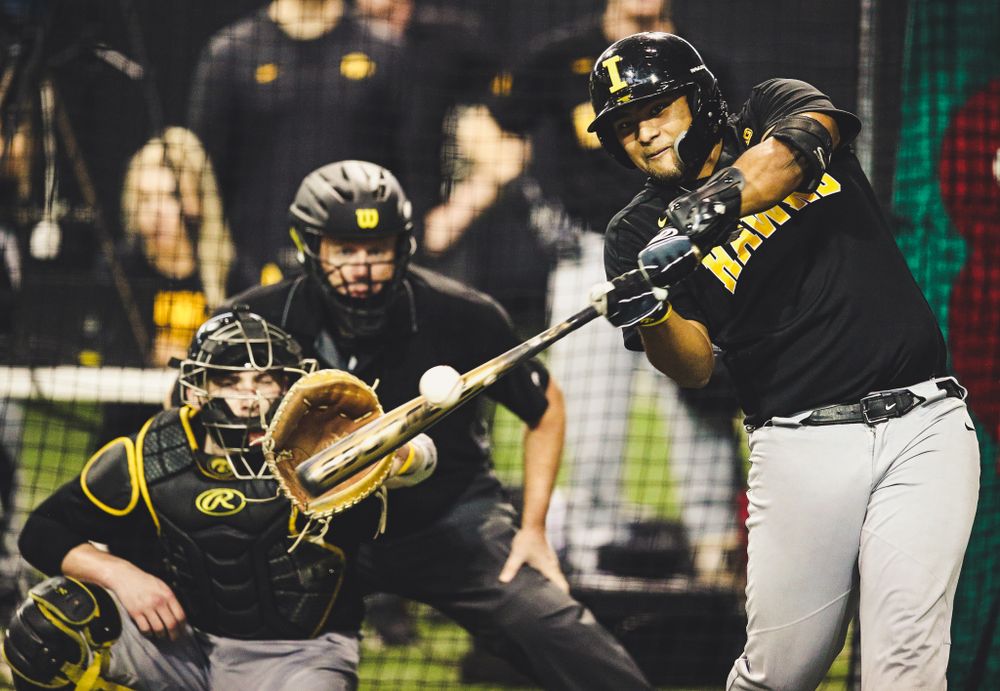 At Iowa, student-athletes are able to become physically stronger and better with the help of strength and conditioning coach Zach Walrod. In the offseason and during the season, workout plans are put in place to maximize performance on the field and for the future.

Iowa baseball coaches, players, support staff, and managers are equipped with not only the best technology and equipment in the country, but with the some of the best knowledge on how to use data and science to become the best player possible.

A rundown of what technology the Iowa baseball program uses. Most of the technologies crossover with each, allowing for deeper analysis.

Attaches to the knob of the bat to provide metrics specific that allow for evaluation of every swing. Blast Sensors are used every day at practice, allowing players to get direct feedback, which is a critical part of motor learning.

Doppler radar is used to quantify multiple aspects of the batted ball. It measures exit velocity, launch angle, direction, distance, and more. Results of each swing are displayed on a 65-inch screen next to the batting cage, which provides direct feedback to the hitter.

These inertial measurement units are worn in a compression sleeve by pitchers every day. They are able to quantify metrics related to stress and workload specific to throwing. They count throws, estimate stress on the elbow, and measure other metrics associated with pitcher training. Motus sleeves are a critical component of pitcher development.

These technologies use radar and optical cameras to calculate several metrics related to velocity, ball movement and spin. The data is used by the data analyst team, coaching staff and players to assist with pitch design and the development of each pitcher’s arsenal.

This professional grade high-speed camera has a unique interface that allows for the user to control exposure, shutter speed, frame rate and ISO. Edgertronic camera collect video at up to 10,000 FPS (normal camera is 30-60 FPS). During pitch design sessions, the Edgertronic camera allows the coaching staff and pitcher to see exactly how their fingers are manipulating the baseball in relation to the spin characteristics of the baseball.

This optical camera system, which is installed permanently at Duane Banks Field, uses multiple high-speed cameras to provide metrics on both the incoming pitch as well as the outgoing batted ball. Data measured includes spin rate, spin direction, other metrics related to trajectory of pitch, exit velocity, launch angle, direction, and distance of batted ball. All data is compiled and exported into a data base to create postgame reports for the team and player.

This technology is used for both the evaluation and training of our hitters’ vision. Each hitter is evaluated on 10 separate visual and sensorimotor skills. These skills include visual clarity, contrast sensitivity, depth perception, near far quickness, perception span, multiple object tracking, reaction time, target capture, eye hand coordination and decision making. After the assessment is complete, a personalized training plan is created for each hitter. A significant amount of training is performed on the Sensory Station.

BEST MANAGERS IN THE COUNTRY.

The Iowa baseball program boasts one of the best — if not the best — manager program in the country. A manager staff of nearly 20 people, the managers are an integral part to team and individual success. Each manager owns a unique skill set — from data analytics, graphic design, you name it — that enables coaches and players to get the most out of each practice and game. 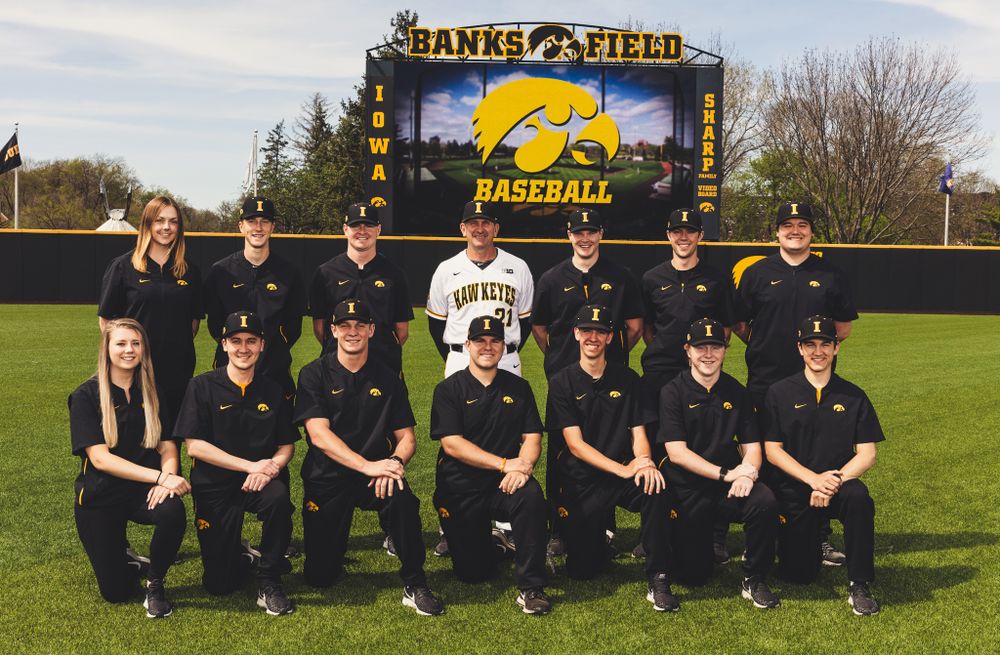 "The coaching staff at Iowa is the best in the country when it comes to player development. Their ability to use technology and the information provided to effectively implement a player development plan, which creates consistent improvement, is what makes Iowa the gold standard in college baseball. If I was not a part of Iowa Baseball, I know I would not be the player I am today."

In Cole McDonald’s last career start as a Hawkeye, he went a career-high eight innings with nine strikeouts to help Iowa to a victory over the number-one seed in the Big Ten Tournament.

It was the perfect ending to McDonald’s career. The New Hampton, Iowa, native bought into Iowa’s player development program since day one and it paid off each and every day after that.

Not only did McDonald fulfill his lifelong dream of pitching for the Hawkeyes in Black & Gold, he reached new heights. He tallied 203 strikeouts, the fifth-most in school history, and tossed a no-hitter overseas, among many other unforgettable moments.

"At Iowa, the coaches don't use technology as a recruiting tool, but actually teach you how to understand the information provided, which helps speed up each player's development process. If you are a current high school player looking to join a program -- where Coach Heller and the rest of the coaching staff are at the forefront of player development in college baseball -- then Iowa is where you should be."

Three years later, Neustrom made the jump to the pros after putting together a decorated career in the Black & Gold. He started the final 116 games of his career, hit a career .310, improved his home run total each year, and left Iowa as the highest position player drafted since 1992.

The 2018 fifth-round MLB Draft pick by the Baltimore Orioles and two-time All-Big Ten selection used his time in Iowa City to prepare for the next level. 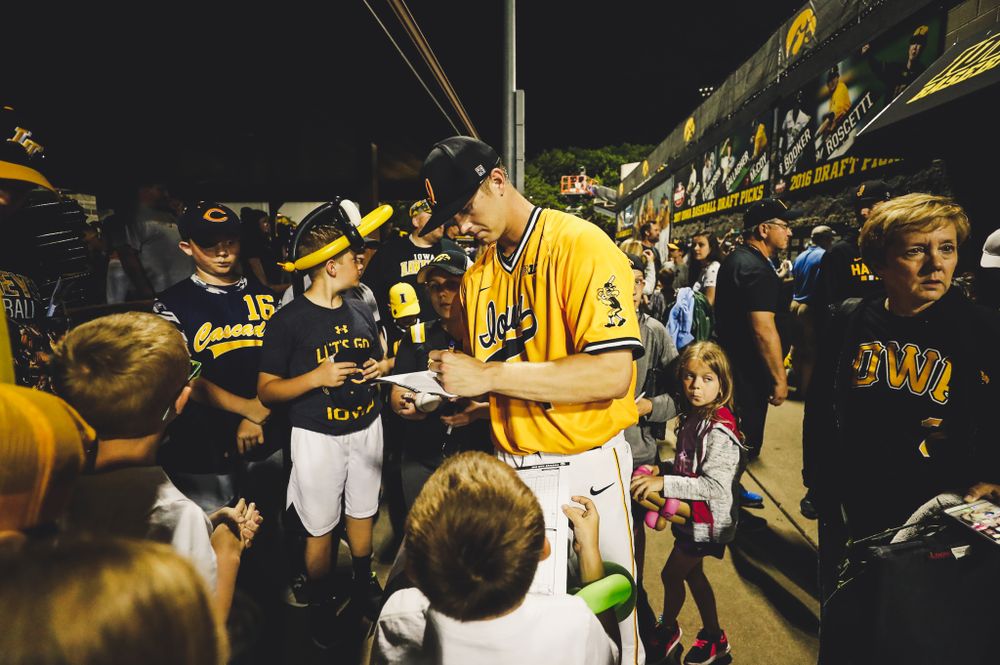 "Coming in as a walk-on, the Iowa baseball program gave me every opportunity to show my talent. I always believed all I needed was an opportunity to show my worth on the field, and the coaching staff gave me that. Through consistent efforts to make me better on the field and constantly instilling the belief in me that I can one day make it to the highest level, I was able to put myself in the position to be drafted in the fifth round of the MLB Draft."

NEUSTROM THROUGH THE YEARS 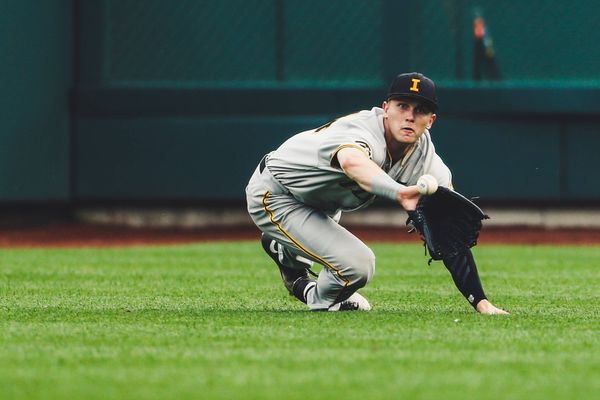 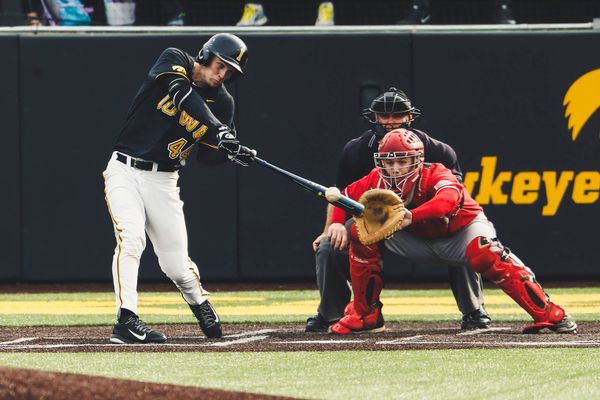 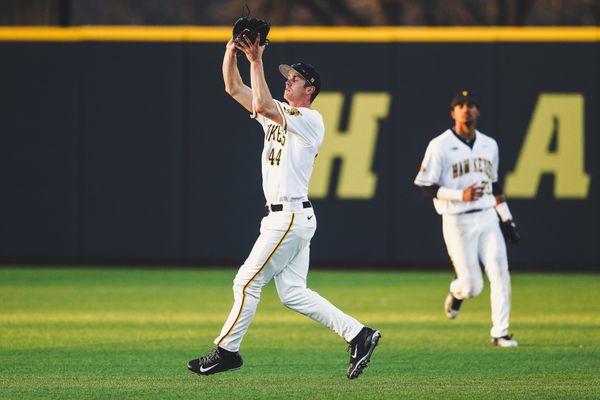 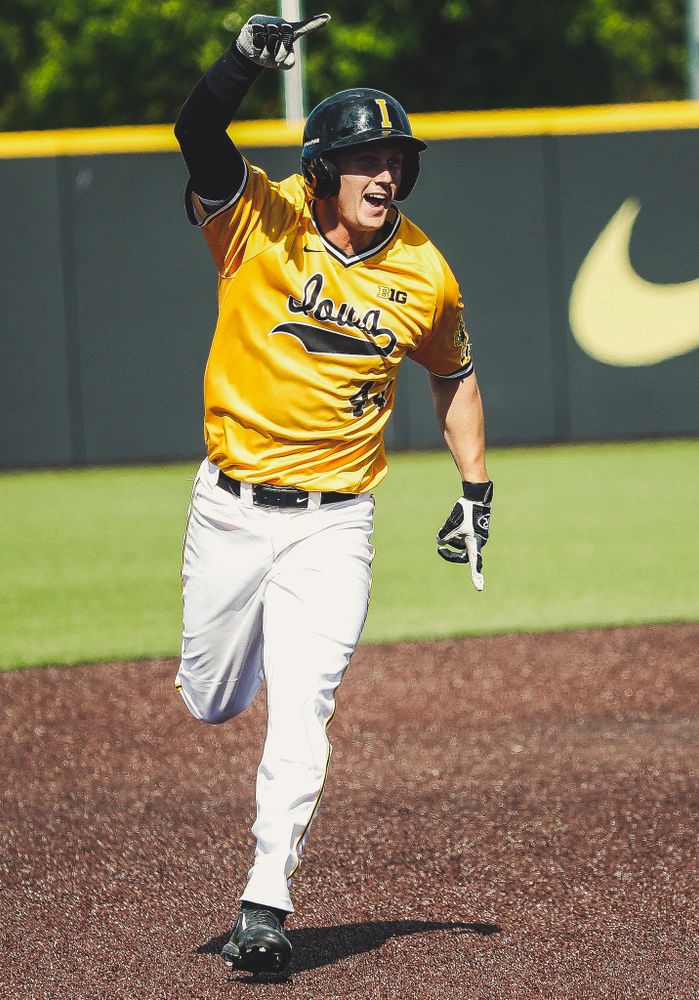 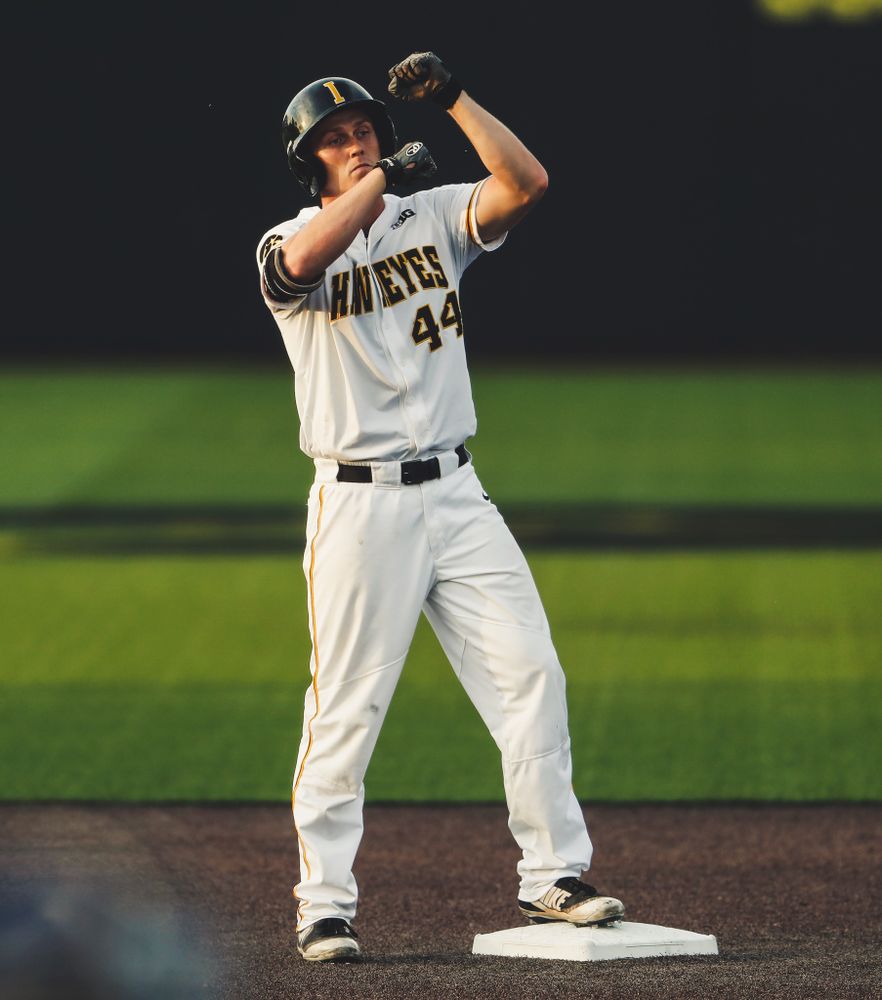 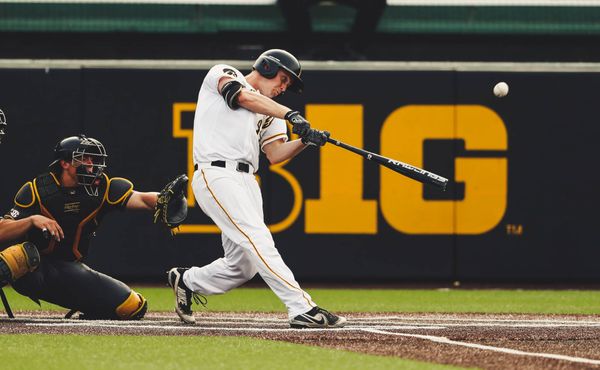 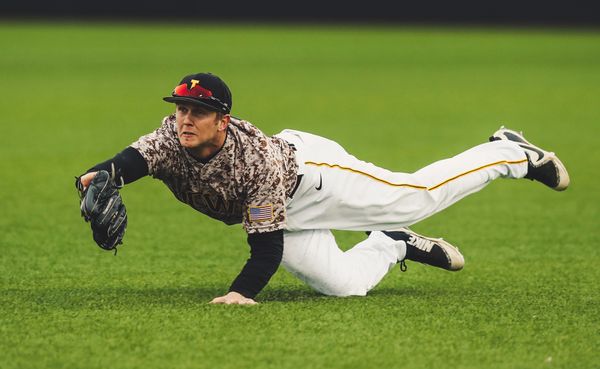 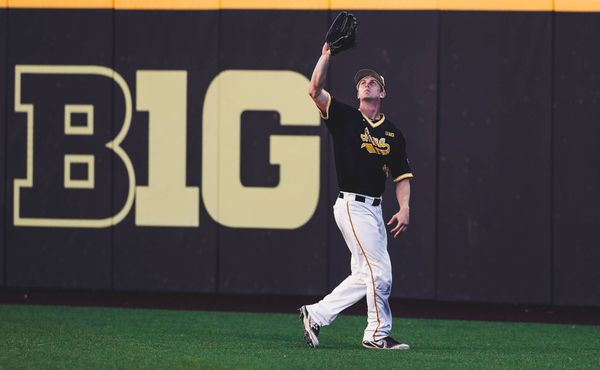