At the University of Iowa, our wrestlers know what it takes to reach the pinnacle of sport. Their accomplishments are heralded around the globe, and Hawkeye wrestlers have helped advance the sport beyond the confines of Iowa City.

Today, the UI Athletics Department is committed to building a state-of-the-art wrestling facility that supports that mission and stands the test of time.

Hawkeye supporters are stepping forward to produce Carver Circle, a world-class Iowa Wrestling training environment that celebrates our past, provides for our present, and builds for our future.

Every aspect of the Hawkeye Wrestling program is executed at the highest level, thoughtfully engineered with positive energy and purpose; Carver Circle will be no exception. The new facility will support Iowa Wrestling’s championships standards and validate Iowa City’s reputation as the greatest wrestling city in the world.

We thank you for joining us on this championship journey.

"This is an important step forward for the Iowa Wrestling program. We put constant thought and evaluation into everything we do, and we do it with great energy to make sure we are operating at the highest level. We are thankful that we are able to continue moving forward."

The proposed facility, funded entirely by gifts, will be located south of Carver-Hawkeye Arena and connected to the arena by tunnel. It will include an expanded training space and feature a Hall of Champions that showcases the program’s legendary history — including 23 NCAA team titles, 35 Big Ten Conference team titles, 84 NCAA individual championships, and 335 All-America honors.

The new facility will also allow the university to continue its tradition of hosting the world’s top senior level and international wrestling events, including the U.S. Olympic Trials and the United World Wrestling Cup, which attract tens of thousands of wrestling fans to Iowa City and delivers a multi-million dollar economic impact to the community.

The Hawkeye wrestling team will continue to compete in its home at Carver-Hawkeye Arena, known internationally as a wrestling mecca and the NCAA leader in attendance in each of the last 14 seasons. 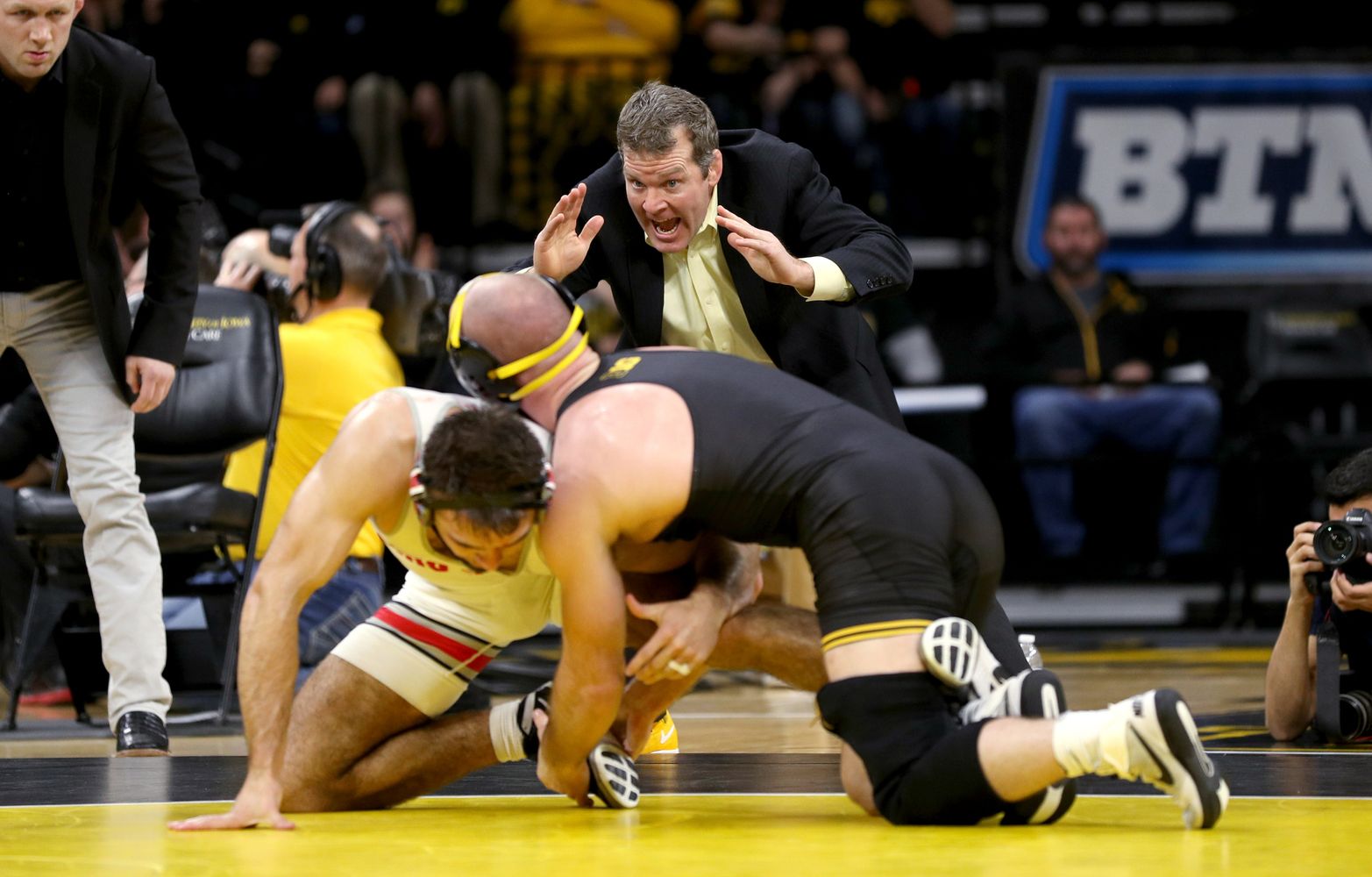 What is the Carver Circle campaign?

The Carver Circle campaign will enable Iowa wrestling to build a new on-campus training complex that will be the best now and decades into the future. This new facility will include enhanced locker rooms, a wrestling practice room, strength/conditioning space, wrestling offices and operations, and potentially access to the Carver-Hawkeye arena floor.  The new training complex will provide Hawkeye wrestlers with ample room to train in state-of-the-art amenities that showcases the pride, tradition, and excellence that Hawkeye wrestling embodies.

How much is the project going to cost and how will it be funded?

The new facility is estimated to cost between $17-$20M but will be confirmed during the planning process.  The new facility will be funded entirely by private gifts. The campaign will be completed at no cost to UI students or state taxpayers. The UI Athletics Department is 100 percent self-sufficient and receives no state tax dollars; this project will be no different.

Why does Iowa wrestling need a new training complex?

The Iowa wrestling program competes in Carver-Hawkeye Arena, a building recognized across national and international audiences. That won’t change.  A dynamic, state-of-the-art training complex will complement Carver-Hawkeye Arena and will be a highly desired facility in which to train. We seek to keep Iowa wrestling on top of the college wrestling world, and this prominent facility will appeal to leading recruits.

What is the timeline for the project?

As this project is being funded by private support a significant portion of the total cost will need to be committed for construction to commence.

Will the Hawkeye Wrestling Club be using this new facility?

Will a gift to the Carver Circle campaign help improve the location of my wrestling season tickets?

A contribution to the Carver Circle campaign may assist you with additional priority points. Due to changes in federal law, you are only able to receive a tax deduction or priority points—not both.

Will there be naming opportunities in the facility?

This project is currently in the planning process so naming opportunities have not been identified.  It is likely naming opportunities will be established and approved and will be available online. You can also contact the University of Iowa Center for Advancement at 319-467-3410 for more information.

I want to contribute to the campaign. Is there a minimum gift requirement?

A contribution of any level is welcomed! This campaign will require our fans and supporters to step up and help us achieve our ambitious fundraising goals. There are two ways you can support the campaign today:
– Give online! You can make a one-time gift or a pledge, payable over several years.
– Contact the UI Center for Advancement to learn how you can make a leadership gift.

Who can I talk to about a significant gift to this project?

Thank you for your interest! If you work with a specific development officer at the University of Iowa Center for Advancement, contact them directly. Otherwise, please contact:
Kevin Collins, Assistant Vice President for Athletic Development
Sloane Tyler, Director of development, Athletics Development

"The Iowa wrestling program has a legendary history and we are committed to continuing its momentum. This facility will have a significant impact on our wrestling program and athletics department. We truly thank the contributors who have already stepped forward with leadership commitments, as this project will be funded entirely by private support.

Gary Barta, Henry B. and Patricia B. Tippie Director of Athletics Chair: