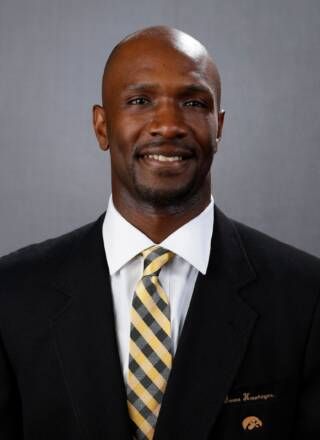 Courtney Eldridge is in his seventh season on the Iowa staff. Eldridge was elevated to assistant coach in April 2022, after serving as the program’s director of recruiting and player development from 2020-22 and video coordinator from 2017-19.

Iowa has finished in the upper half of the Big Ten standings five of the six seasons that Eldridge has been on staff, including placing third in 2021 and fourth in 2022.

While serving as director of recruiting and player development, Iowa has had one of the most dominating players in college basketball each of the past three seasons. Luka Garza was twice named national player of the year and a consensus first-team All-America selection in 2020 and 2021, while Keegan Murray was a finalist for the Wooden Award and Naismith Trophy, earned consensus first-team All-America laurels and was named the Karl Malone Power Forward of the Year in 2022. Furthermore, the Hawkeye staff has had a first-team All-Big Ten honoree four of the last six seasons while Eldridge has been on staff.

Eldridge and his wife, Aisha, have four children, Khalil, Dante, Jordan and Aliyah.