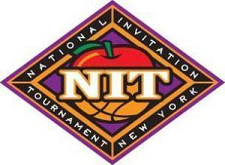 IOWA CITY, Iowa — The University of Iowa Department of Athletics has announced that tonight’s Indiana State at Iowa first-round NIT game is sold out. Tipoff is set for 6:03 p.m. (CT) on Mediacom Court at Carver-Hawkeye Arena.

Tonight’s attendance of 15,400 will be the largest attended NIT game on campus since Creighton hosted Kentucky in the second round in 2009 (16,984). This will be Iowa’s fifth sellout of the season (Indiana, Wisconsin, Minnesota, Nebraska, and Indiana State). The five sellouts are the most at Iowa in a season for since the 2005-06 campaign had five.

Fans not in attendance tonight can watch the game on ESPN2.