Ramos Moves on to World Championships 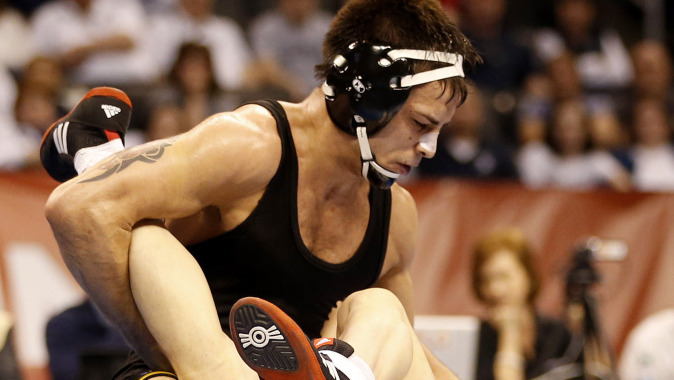 MADISON, Wis. — University of Iowa national champion Tony Ramos completed a sweep of the 2014 World Team Trials on Saturday and will represent the United States at 57 kg at the 2014 World Championships.

Ramos defeated Sam Hazewinkel, 4-0, 5-4, in the finals after advancing through the challenge tournament with wins over Dan Mitcheff, Agel Escobedo, and Nico Megaludis.

Ramos, a 2014 Big Ten and NCAA champion, never trailed in the best-of-three championship finals. He twice exposed Hazewinkel in the first round, and used a double-leg takedown in the final seconds of the opening period of Round 2 to pull away from a 1-1 tie.

He will represent the United States at 57 kg at the World Championships in Tashkent, Uzbekistan on Sept. 8-14.

Former Iowa national champion Matt McDonough won four straight on the back side of the 57 kg bracket to place third and earn a spot on the U.S. National Team. He dropped a 5-4 decision in the opening round before running through the consolation bracket and defeating Nico Megaludis, 4-0, in the true third place match.