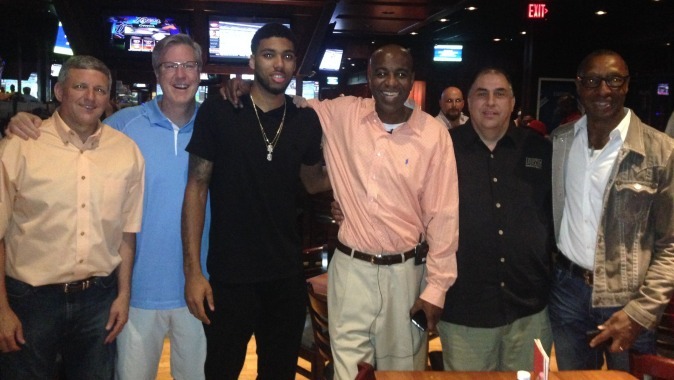 IOWA CITY, Iowa — University of Iowa’s Roy Devyn Marble was chosen with the 56th overall selection in the 2014 NBA Draft by the Denver Nuggets Thursday night. The rights to Marble will ultimately be owned by the Orlando Magic due to a trade between the two teams.

Marble becomes the 52nd Iowa men’s basketball player to be selected in an NBA Draft and the first since Adam Haluska in 2007 (43rd pick by New Orleans).