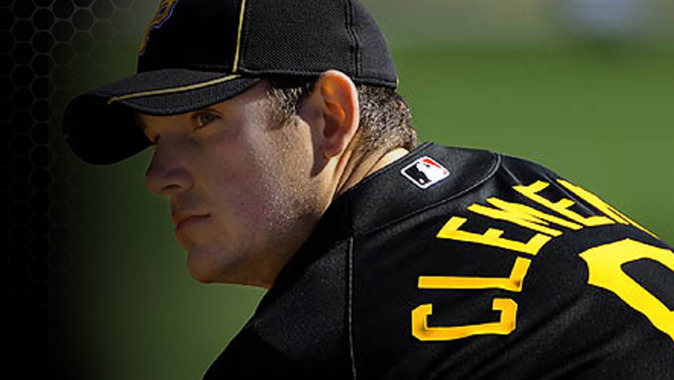 “We are excited and fortunate to add Jeff to our coaching staff,” said Heller, who guided the Hawkeyes to 30 wins in his first season in 2014. “Jeff will do a great job working with our catchers and hitters. He was an outstanding player and comes from a great coaching family. We are all looking forward to working with him.”

“I am honored to be joining the Iowa baseball staff for the upcoming season,” said Clement. “As a lifelong Hawkeye fan, continuing my life in baseball wearing the black and gold is very exciting. It is my goal to add value to the team through serving the staff, players, and university to the best of my ability.”

Clement spent parts of four seasons in MLB with the Seattle Mariners and Pittsburgh Pirates organizations as a catcher and first baseman before retiring in 2014.

Before being the No. 3 overall pick in the 2005 MLB Draft, Clement played three seasons at the University of Southern California. He finished his career as a .314 hitter in 171 career games, belting 46 home runs, knocking in 150 RBIs and scoring 149 runs.

Clement closed out his Trojan career ranking second in career home runs (to Mark McGwire, 54), tied for seventh (with McGwire) in RBIs, tied for eighth in slugging percentage (.596) (with Morgan Ensburg) and 10th with 114 walks.

Following his final season at USC in 2005, Clement was the recipient of the Johnny Bench Award as the nation’s top catcher and was a finalist for the Golden Spikes Award. He hit .348 with 17 doubles, 15 home runs, 54 RBIs and a .472 on-base percentage en route to Baseball America, USA Today Sports Weekly and Collegiate Baseball All-America first-team honors, while also being named to the NCBAWA All-America third team.

Clement played for the U.S. National Team in 2003 and 2004, leading the Americans to the gold medal at the SISU II World University Baseball Championships in Taiwan in 2004. He was also selected as the MVP for Team USA during the 33rd-Annual USA vs. Japan Collegiate All-Star Series.

Clement was born and raised in Marshalltown, Iowa, where he led his hometown team to the 1996 Little League World Series. As a prep at Marshalltown High School, he hit 75 career home runs to break the national high school record — a mark he holds to this day.

Clement studied communications during his three years at Southern California, and he is currently working to finish his degree through an online program through the University of Alabama. He and his wife, Lindsay, have four children, Jake, Ben, Allie, and Leah.