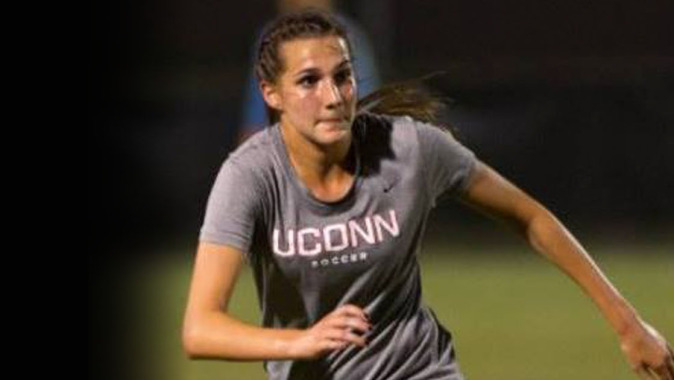 “We are very excited to welcome Natalie to our Hawkeye soccer family,” said DiIanni. “I have known her for many years, coaching her in the Michigan Olympic Development program. Even back then you could see Natalie was highly competitive and fought for everything she got by improving each and every day at training.

“She will begin her career along the back line or holding mid position. She helps us add experienced depth to a team with high expectations this year.”

Krygier, a midfielder/defender, played six games as a true freshman, helping the Huskies post an 11-9 overall record in the American Athletic Conference in 2013. The Novi, Michigan, native joined the Connecticut program after helping Novi High School win back-to-back state championships in 2009 and 2010. She served as team captain as a senior in 2012.

Iowa returns nine starters and 19 letterwinners from a squad that won a school-record 15 games in 2013. The team posted its first two postseason victories en route to the championship game of the Big Ten Tournament and earned its first-ever NCAA Tournament appearance.

The Hawkeyes will report for fall camp Aug. 5, and the team will open the 2014 season with an exhibition game at DePaul on Aug. 14. Iowa begins regular season play Aug. 22 at Northern Iowa.