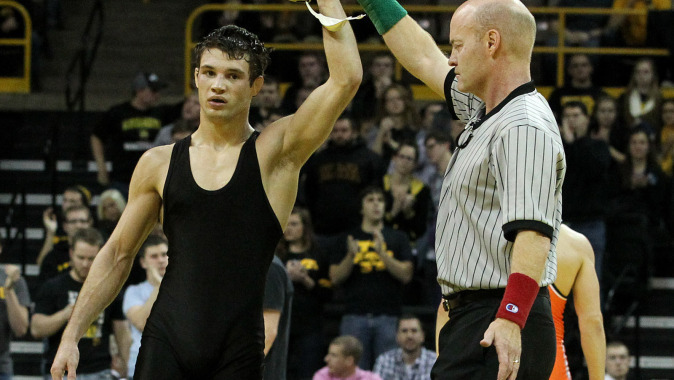 Gilman, a sophomore from Council Bluffs, Iowa, defeated Vladimir Kurdin of Kazakhstan, 11-6, in the 55 kg/121 lb. bronze medal match. He finished the Championships with a 4-1 record.

Gilman outscored his first two opponents 20-0 before winning on criteria, 4-4, in the quarterfinals. He was denied a shot at gold in the semis, where he suffered a 5-2 loss to Michalan Hasanzada of Azerbaijan.

A complete recap of Team USA is available at themat.com.