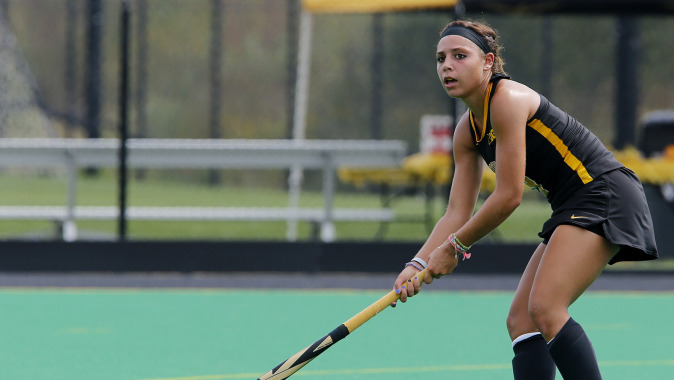 “Natalie was outstanding in our game against Virginia on Thursday,” said UI head coach Lisa Cellucci. “Not only did she score three goals, but she also played a huge role on the defensive side of the ball throughout the game.”

Cafone tallied six points while completing the hat trick in Iowa’s victory over the Cavaliers. The Fairfield, New Jersey, native now leads the Hawkeyes in goals (five), and ranks third in the country in goals per game (1.67). Cafone was the last Hawkeye to record a hat trick (Sept. 22, 2013).

The last Iowa player to earn the league’s Offensive Player of the Week was Dani Hemeon on Oct. 15, 2013.

Iowa (2-1) returns to action Thursday in Stanford, California, squaring off with UC Davis at 3 p.m. (CT).