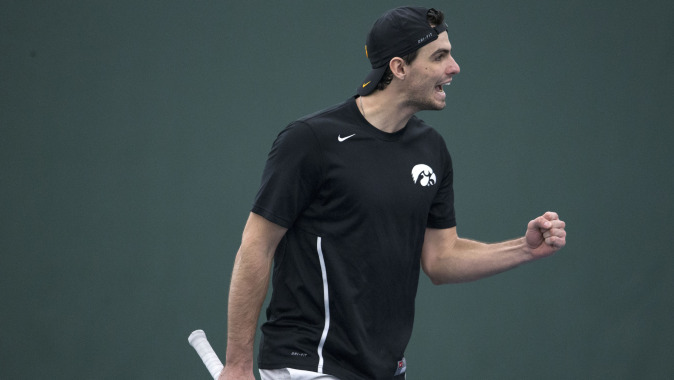 “It was a good weekend of competition for our players, we played a lot of matches and our freshmen found out how tough college tennis really is,” said interim head coach Ross Wilson.

At Princeton, Dominic Patrick and Josh Silverstein’s play earned themselves a birth in the semifinal of the main draw in the black bracket of the doubles competition on Sunday. There they faced a battle against Chaudhuri and Lam of Harvard. The two Hawkeyes were ultimately downed by the Harvard men 8-4.

“I was very pleased with Dominic and Josh’s performance in the doubles competition. They did well and importantly, competed well as a team all weekend,” added Wilson.

Silverstein was also involved in an extra match against Dan Richardson of Princeton. Richardson beat Silverstein in straight sets 6-2, 6-0.

“We have a lot to improve on before next weekends’ ITA All American-Tournament,” said Wilson.

The Hawkeyes hit the road again next weekend at the ITA All-American Tournament in Tulsa, Oklahoma, on Sept. 27-29.