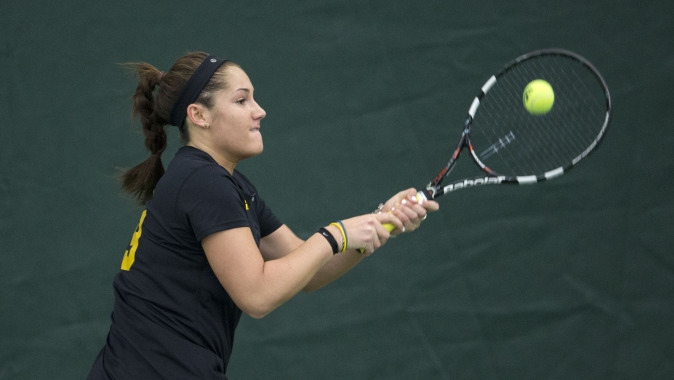 “The team brought great intensity into singles today and competed well in every match,” UI head coach Kate Dougherty said. “We were much better in pressure situations today than we were last weekend and overall playing at a higher level.”

Silver competed in Flight Five of the tournament, taking on Carola Pederzani (CU) and coming out on top with a 2-6, 7-5, 6-2 victory. She teamed up with Reimchen during doubles play, and defeated Robinette/Leavell (VU), 8-2 after a loss to CU’s Pederzani/Ruiz, 8-6.

“I feel great about how I competed today and I was so happy to be a part of Anastasia’s first doubles win as a Hawkeye,” Silver said. “Overall, the team competed well today and we are taking steps forward each day.”

Competition at Furman is set to resume at 9 a.m. in the Mickel Tennis Center.