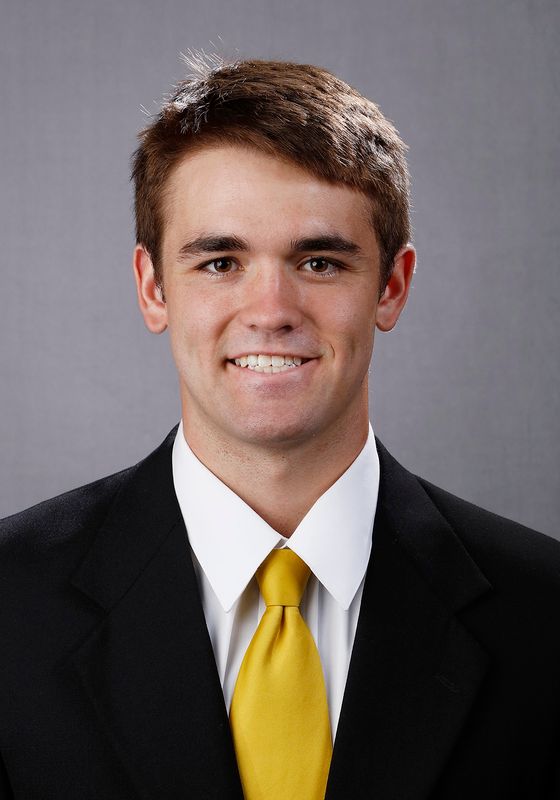 at World University Games (2017) — Saw action in six games, earning the start in the gold medal game against Japan (8/29)… scored one run in semifinal victory over Czech Republic (8/28)… also saw action on mound against Japan (8/22), allowing two runs on two hits in one inning of relief.

2017 — Appeared in 41 games, primarily as a defensive replacement… started six games, all in center field… hit .148 with seven runs and three RBIs… had two doubles… made the game-saving catch in the series opener at Illinois (5/18) after entering game as defensive replacement… made a diving catch in the right center field gap with two outs in bottom of the ninth inning with game-tying run at third base… scored the game-tying run in Iowa’s 9-8 come-from-behind victory over Omaha (5/16)… went 1-for-1 with two RBIs and a run scored in game two win over Purdue (3/25)… had game-tying sacrifice fly and had an RBI single in Iowa’s eighth-inning rally.

High School — Ranked as a top-500 player nationally by Perfect Game… four-time all-conference and all-district selection… 2015 Underclass High Honorable Mention by Perfect Game… three-time team captain… played in the Indiana High School All-Star Game as a senior… finished his career as the school record-holder in triples (12)… hit .413 with 37 RBIs and nine steals as a senior, .383 with four doubles, three triples, and two home runs as a junior with 29 runs, 10 RBIs, and 13 steals… had a .391 average as a sophomore with 25 RBIs and 15 steals and .366 average as a freshman with 17 RBIs and six steals… played for the Indiana Bulls 14U-17U from 2012-15… was the national team runner-up playing with 18U Past Time… three-time all-conference and two-time first-team all-state selection as a receiver in football… holds single-season record in yards (1,268) and career receptions (107)… also ranks on Indiana top-25 record for longest reception (99 yards)… member of the National Honor Society and named to the Honor Roll from 2013-16… member of Student Council… high school coach was Kyle Kraemer… club coach was Sean Laird.