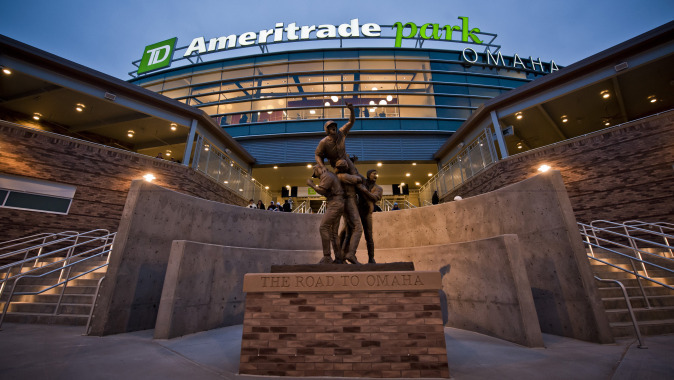 ROSEMONT, Ill. — The Big Ten Conference announced that TD Ameritrade Park in Omaha, Nebraska, will once again serve as the host venue for the Big Ten Baseball Tournament in 2016 and 2018 after setting record attendance numbers last season. The annual event will return to the site of the NCAA Division I Men’s College World Series from May 18-22, 2016, and May 23-27, 2018.

“The 2014 Big Ten Baseball Tournament far exceeded expectations,” Metropolitan Entertainment & Convention Authority President and CEO Roger Dixon said. “We are thrilled to have the opportunity to host the tournament again in 2016 and 2018 and look forward to working with the Big Ten and Nebraska to build on the success.”

The Big Ten Baseball Tournament has been played annually since 1981, with a four-team field through 1999 and a six-team event from 2000-2013 before moving to its current eight-team format in 2014. Six different schools have won the Big Ten Baseball Tournament, with Minnesota leading all conference programs with nine titles. Michigan and Ohio State have each won eight conference tournaments, followed by Illinois and Indiana with four tournament crowns and Purdue with one.