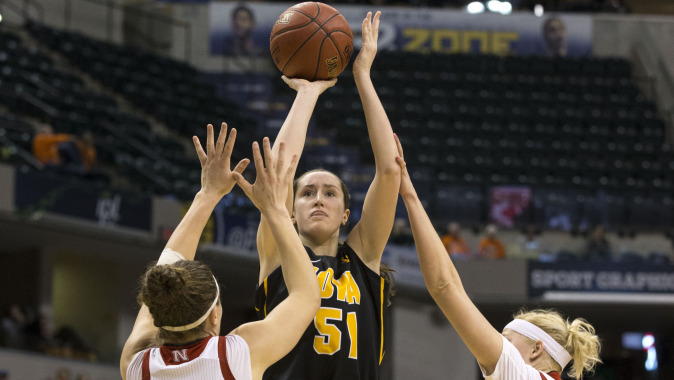 WATCH LIVE ON BTN:
Monday’s contest will be broadcast live on BTN. Eric Collins and Mary Murphy will call the action.

LOGIC NAMED SENIOR CLASS AWARD CANDIDATE:
Senior point guard Samantha Logic is one of 30 NCAA Division I women’s basketball players to be named a candidate for the 2015 Senior CLASS Award®. To be eligible for the award, a student-athlete must be classified as an NCAA Division I senior and have notable achievements in four areas of excellence: community, classroom, character and competition. Logic is one of two candidates from the Big Ten, joining Nicole Elmblad of Michigan. An acronym for Celebrating Loyalty and Achievement for Staying in School®, the Senior CLASS Award focuses on the total student-athlete and encourages students to use their platform in athletics to make a positive impact as leaders in their communities. The two-time Academic All-Big Ten honoree, Big Ten Distinguished Scholar, and Dean’s List member is active in the eastern Iowa community, volunteering with numerous charities, organizations, and local elementary schools.

THE NATION’S LEADING 3-POINT SHOOTER:
? Iowa senior Melissa Dixon leads the nation in 3-point shooting, averaging 3.83 3-pointers per game. Kelsey Mitchell of Ohio State is second (3.74).
? Dixon made six 3-pointers (6-of-10) in the win at Rutgers on Jan. 4, surpassing Lindsey Meder (261) for the most in Iowa history.
? Dixon ranks fifth in Big Ten history with 279 career 3-pointers.
? She scored 31 points in Iowa’s win at Drake on Dec. 21, making 10 3-pointers (10-of-14), setting a new school record. The previous school record was seven, accomplished five times in program history, twice by Dixon; the NCAA and Big Ten record for 3-pointers in a single game is 12.

ANOTHER TOP ATTENDANCE YEAR:
Iowa ranked 22nd in the country in attendance last season, averaging 4,395 fans per contest. Last year marks the fourth-straight season that Iowa has ranked inside the top 25 in attendance. The Hawkeyes were 19th in attendance in each of the previous two years, and were 13th in 2010. Iowa currently ranks 18th in average attendance (4,667).