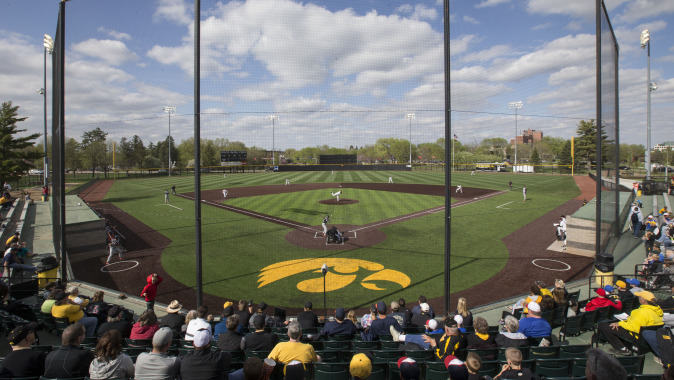 Single-game tickets will be $7 for adults and $3 for youth, and children ages five and under will be admitted free to all games at Banks Field.

Banks Field received a facelift in the offseason with AstroTurf being installed in the outfield, new outfield fencing, and a new video scoreboard will be installed, enhancing the game-day experience.

Iowa returns 17 letterwinners, including seven positional starters, its designated hitter, nine pitchers, and 2/3 of its starting rotation from last season’s squad that finished 30-23 overall. The Hawkeyes advanced to and won a game in the 2014 Big Ten Tournament.

The 2015 season gets underway Feb. 13 at the Snowbird Classic in Port Charlotte, Florida, where the Hawkeyes will face Kansas State, Saint Louis, and George Mason.