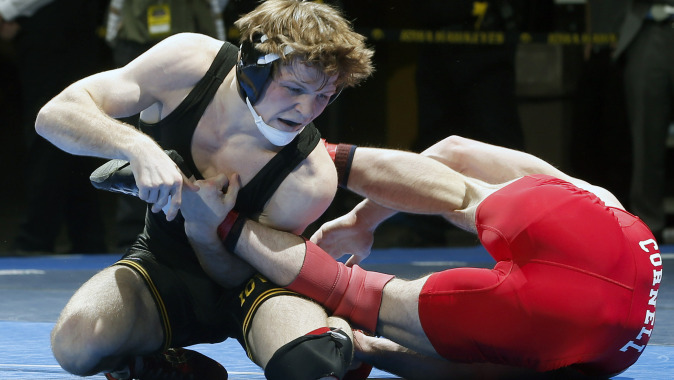 IOWA CITY, Iowa — Five Hawkeyes are ranked at the top of their class in the latest NCAA RPI rankings released Thursday by the NCAA.

The RPI is among the criteria the NCAA uses when selecting its at-large participants for the 2015 NCAA Wrestling Championships. The Big Ten hosts its qualifying tournament March 7-8 in Columbus, Ohio. The NCAA has awarded the conference 86 of the 260 automatic qualifying bids for the national championships in St. Louis on March 19-21.

The Big Ten Championships is one of eight qualifying tournaments across the country. After all of the qualifying events have concluded, the NCAA Division I Wrestling Committee will meet in-person to select the remaining 70 at-large qualifiers, which will be announced on March 11. All weight classes will consist of 33 wrestlers.

The at-large selections will be made based on the following criteria: head-to-head competition, qualifying event placement, quality wins, results against common opponents, winning percentage, RPI, coaches ranking and the number of matches contested at that weight class.

Click HERE for a complete list of RPI and coaches rankings, and automatic qualifiers by conference/qualifying tournament.