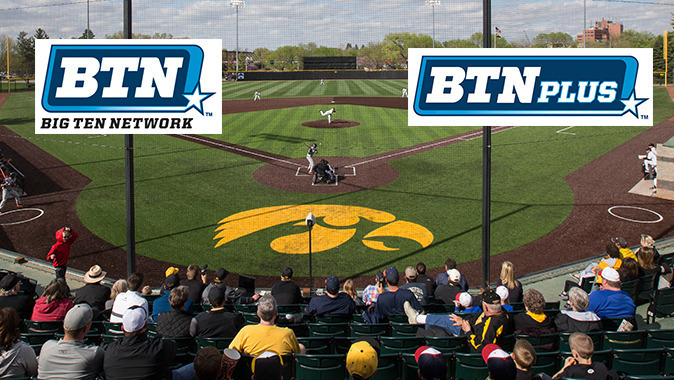 IOWA CITY, Iowa — Seventeen University of Iowa baseball games will be available live on BTN or BTN Plus on BTN2Go during the 2015 season, BTN announced Monday.

The middle game of the Hawkeyes’ three-game series at Michigan will be televised live on BTN at 3:30 p.m. (CT), while Iowa’s regular season home finale against Minnesota will be shown live on the network at 1 p.m. (CT) from Duane Banks Field.

BTN will also televise three “Wildcard” games during the final week of the regular season, and up to 11 games will be televised during the 2015 Big Ten Tournament, which will be held from May 20-24 at Target Field in Minneapolis.