NCAA Qualifiers to be Announced Wednesday 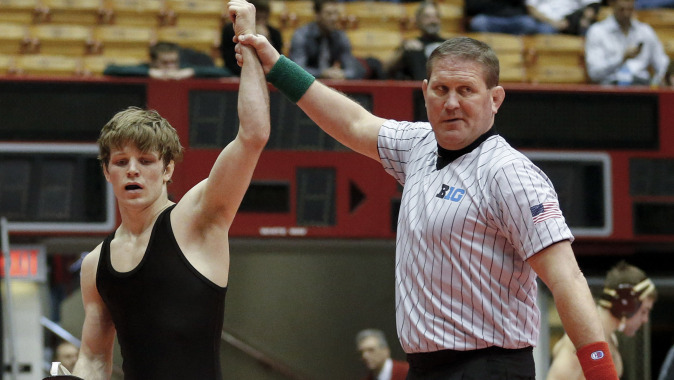 IOWA CITY, Iowa — The NCAA announced Monday that the 330 participants for the 2015 NCAA Division I Wrestling Championships will be systematically rolled out beginning at 12 p.m. (CT) on Wednesday, March 11.

The list of 33 competitors for each weight class will be released in alphabetical order on NCAA.com beginning at 12 p.m. (CT) with the 125-pound qualifiers. Weight classes will be revealed in ascending order every 30 minutes until the final 285-pound participants are announced at approximately 5 p.m. (CT).

Once all 330 participants have been announced, NCAA.com will reveal the seeds and brackets at 5 p.m. on the NCAA Division I Wrestling selection show. The championship match order for the NCAA finals on Saturday night will be determined Saturday, March 20, following Session V.

The NCAA Division I Wrestling Championships are March 19-21 in St. Louis at the Scottrade Center.