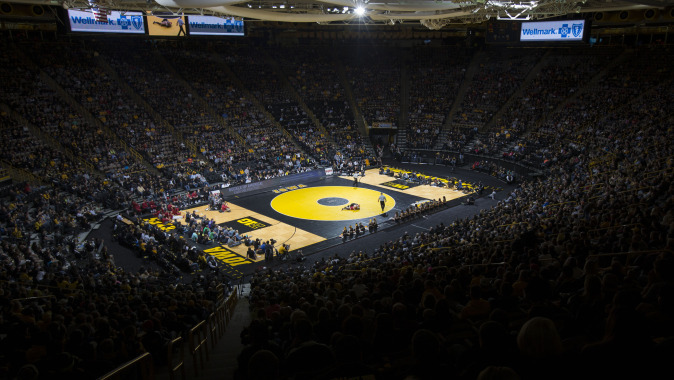 IOWA CITY, Iowa — The University of Iowa wrestling program led the nation in attendance for the ninth consecutive season according to the annual Division I attendance report released by Roby Publishing.

For record purposes, only duals against Division I opponents count toward average attendance, and the NWCA National Duals — considered a neutral site event — are not included in Iowa’s totals.

The Hawkeyes have led the nation in attendance in each of head coach Tom Brands‘ nine seasons.