Hawkeyes To Host No. 52 Indiana 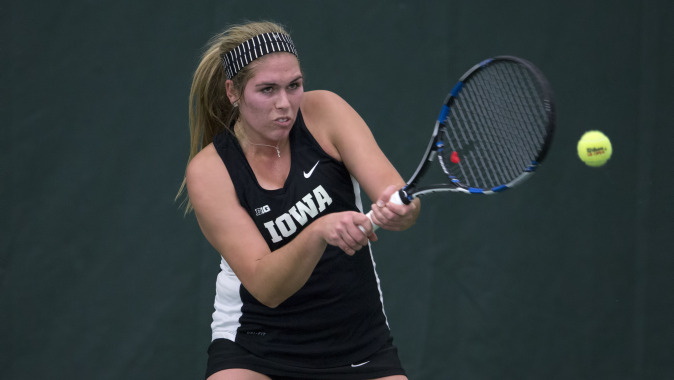 IOWA CITY, Iowa — The University of Iowa women’s tennis team returns home to host Big Ten opponent Indiana on Sunday at 10:30 a.m. (CT) at the Hawkeye Tennis and Recreation Complex. The Hawkeyes are 7-5 overall and 1-2 in conference play.

The Hoosiers lead the all-time series 31-10 against the Hawkeyes. Indiana has won three straight in the series. Iowa’s last win was a 4-3 victory in 2011 in Iowa City.

Senior Shelby Talcott leads off the lineup for the Hawkeyes, holding an 8-3 singles record at the No. 1 position this season. Fellow senior Morven McCulloch follows close behind at the No. 2 position, collecting a 7-4 record overall.