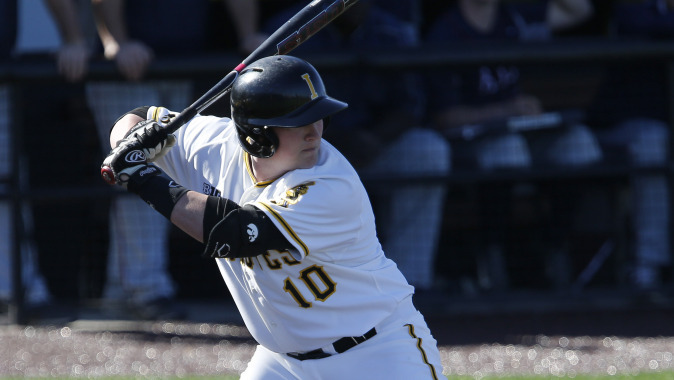 IOWA CITY, Iowa — The University of Iowa baseball team hosts Bradley on Wednesday at 3 p.m. (CT) at Duane Banks Field in a game where the Hawkeyes will debut the Sharp Family Video Board.

Wednesday will be a “staff” day for the Hawkeyes with junior Connor Grant getting his first career start. The right-hander is 1-1 with a 3.60 ERA in seven appearances with two saves. He has allowed just six hits over 15 innings, but has 11 strikeouts to 11 walks.

Bradley will also employ “Johnny All-Staff,” starting with freshman Jordan Fedro. The right-hander is 1-0 with a 0.00 ERA in two appearances (one start). Fedro has allowed two this in six innings and has four strikeouts against one walk.

The Braves are hitting .269 as a team with three regulars hitting above .300. Bradley has 20 home runs — the 19th-most in the nation — and 11 different players have contributed to the team total. Four different Brave players have 11 or more RBIs for a team that averages 5.9 runs per game.

Collectively, Bradley’s pitching staff has posted a 4.22 ERA over 179 innings, allowing 92 runs (84 earned). The Braves have posted 134 strikeouts against 72 walks for the season.

Iowa’s pitching and defense continues to be the team’s crutch, as the Hawkeyes rank among the top 10 nationally in both categories. Iowa’s .983 team fielding percentage is third-best in the country, while the 2.20 team ERA is eighth-best.

Wednesday’s game can be heard on 800-AM KXIC and 1360-AM KMJM in Cedar Rapids. Ryan Schlader and Zach Mackey will be on the call. The game can also be seen live on Hawkeye All-Access on hawkeyesports.com.