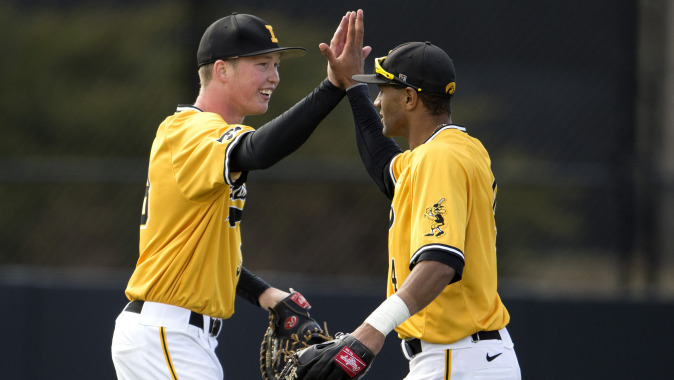 IOWA CITY, Iowa — The University of Iowa baseball team is ranked No. 24 in the latest Collegiate Baseball Division I poll presented by Big League Chew bubble gum. It is Iowa’s first national ranking since the 1990 season.

The Hawkeyes (17-6, 3-0) are coming off a weekend where they swept 19th-ranked Indiana in their Big Ten-opening series at Banks Field. It was Iowa’s first sweep over a ranked opponent since 1990 when the Hawkeyes won a four-game home series over No. 12 Illinois.

Iowa was ranked as high as No. 13 nationally in 1990 — a season where the Hawkeyes claimed their last Big Ten regular season title.

Iowa is also receiving votes in the March 30 D1Baseball Top-25.