Iowa Set To Travel To Ithaca For Spring Opener 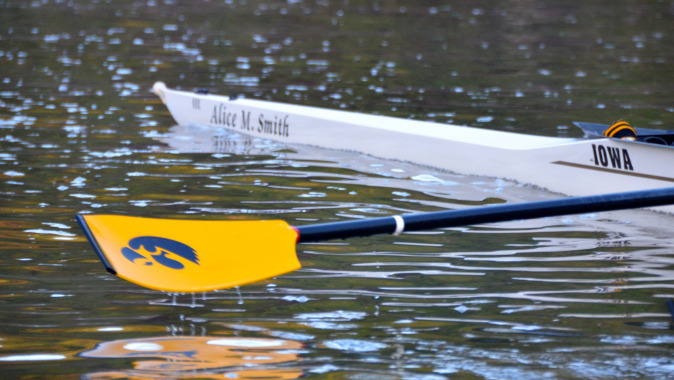 THIS WEEK:
The University of Iowa women’s rowing team opens its season in Ithaca, New York, on Saturday. The Hawkeyes will take on Cornell, Yale, Syracuse, and Boston in the Nordic Nine.

RACE STRUCTURE:
The Nordic Nine will take place on the Cayuga Inlet in Ithaca, New York. The race is split up in two rounds, with three regattaIs in each round. Each smaller regatta will include flights from three teams. Iowa will flight boats against Yale and Cornell in the first round and Syracuse and Boston University in the second round.

Yale ended the fall season with strong performances at the Princeton Chase. The Bulldogs raced four crews and each finished in the top 25. Yale’s varsity eight finished fourth, the second varsity was eighth, the third varsity placed 18th and the fourth varsity was 25th. Yale is currently ranked 6th in the CRCA/USRowing Coaches Poll.

Syracuse finished the fall season hosting Cornell and the University at Buffalo. Syracuse defeated Cornell and Buffalo in the first varsity eight, covering the course in 15:53.6. The Orange finished first in each race. Syracuse is currently ranked 19th in the CRCA/USRowing Coaches Poll.

AN ELITE INVITATION:
Sophomore Morgan Grastorf — a member of the 1V8 crew — was invited to attend the 2014 USRowing Women’s Pre-Elite Camp in Princeton, New Jersey. The camp, which began on June 8 and continues through June 22, grooms up-and-coming rowers for the national teams and is a great honor in the rowing realm. Grastorf was one of eight freshmen and one of 16 student-athletes selected to attend the camp.

UP NEXT:
The Hawkeyes will travel to Ann Arbor, Michigan, for the Big Ten Double Dual on April 11. Iowa will compete against Indiana, Michigan, and Michigan State in the day long event.