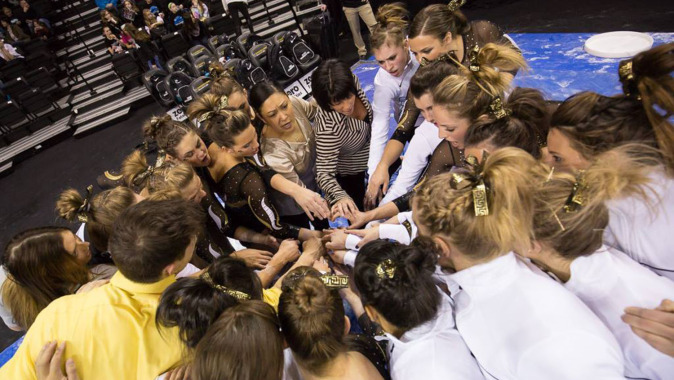 “It was unfortunate that we began on floor with mistakes that we couldn’t recover from however, I don’t wish for this day to define their season,” said head coach Larissa Libby.

Five GymHawks placed in the top 15 for individual events. Sophomore Mollie Drenth posted a score of 9.825 on bars, good enough to secure a ninth place finish. Sophomore Angel Metcalf and senior Johanny Sotillo both posted a 9.800 to tie for 12th.

The top two teams, Alabama and Auburn, will continue on to the NCAA national championships in Fort Worth, Texas, on April 17-19, hosted by Texas Woman’s University and the Knight Eady Sports Group.

“This team has had an amazing season and for that I will always be proud,” said Libby. “We will go back and I promise you we will be stronger next year.”