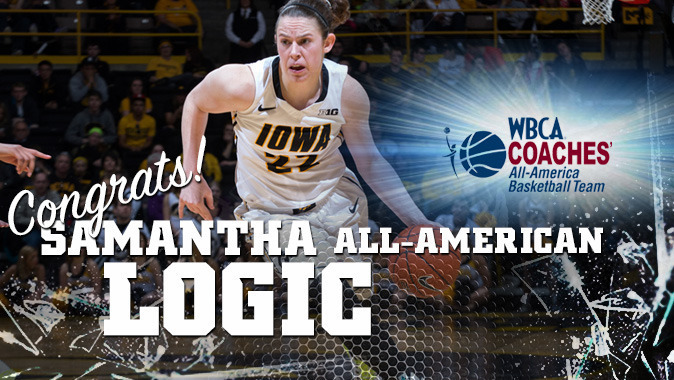 “This is a special honor,” said Logic. “I am so happy to have done it here with my team; I would not have traded it for anyone. I am happy we had such a great run.”

“The 10 members of the 2015 WBCA Division I Coaches’ All-America Team are well deserving of this recognition, and the WBCA congratulates them for their achievements this season,” said WBCA Executive Director Danielle Donehew. “These young women have separated themselves and through their efforts, have become ambassadors for our game. Through their exceptional talents on the basketball court, they have elevated the women’s game to an exciting new level.”

Logic is also one of five finalists for the Nancy Lieberman Award, and was one of 15 players named to the ballot for the John R. Wooden Award. She was a 2014-15 `Wade Watch’ candidate, named to the Naismith Trophy Women’s Midseason 30 List, and to the Dawn Staley Award watch list.