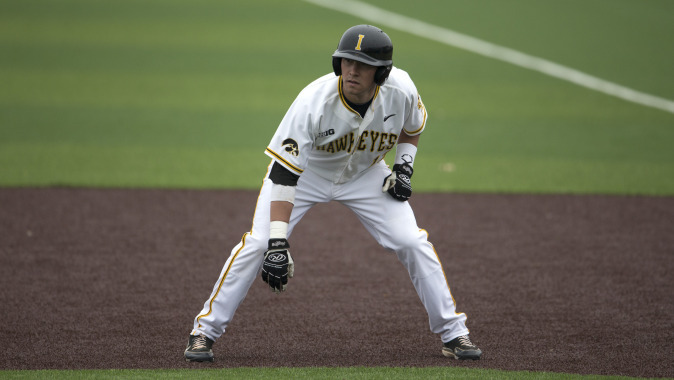 IOWA CITY, Iowa — The 14th-ranked University of Iowa baseball team is set for a pair of midweek games beginning with a Tuesday matchup at Bradley at 6 p.m. (CT) from Dozer Park. The Hawkeyes will host Cornell College at 6 p.m. Wednesday at Banks Field.

It is the second meeting of the series against the Braves with Bradley claiming a 5-2 victory on March 25 in Iowa City. Jordan Fedro was the pitcher of record, pitching four innings of one-run ball.

The Braves are hitting .266 as a team with three players hitting over .300. Isaac Smith has a .373 with three home runs, eight extra base hits, and 17 RBIs. Ten different Bradley players have 10 or more RBIs.

UI senior Andrew Hedrick will make his first start of the season for the Hawkeyes. The left-hander is 0-0 with a 16.20 ERA in two appearances after missing the first 1 1/2 months because of injury. Hedrick made six starts as a junior, finishing 3-4 with a 4.98 ERA, logging 47 innings in 13 appearances.

The Hawkeyes have struggled during the midweek this season, going 2-3 in five games. Iowa is hitting .272 as a team during the stretch, but the UI pitching staff has a 5.36 team ERA.

Following the two midweek games, Iowa will host Northwestern for a three-game series from April 17-19 at Banks Field.