Donnal Selected in 4th Round by St. Louis 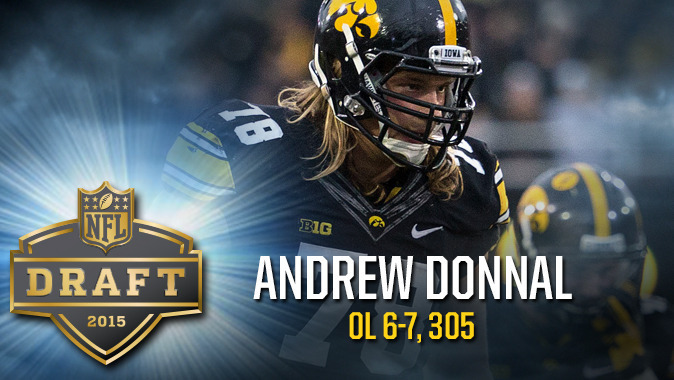 Donnal (6-foot-7, 305 pounds) is a native of Montclova, Ohio, where he attended Anthony Wayne High School before joining the Hawkeye program. He earned honorable mention All-Big Ten accolades from Big Ten coaches as a senior. He started all 13 games at right tackle and played both guard and tackle throughout his career.

Donnal is the 25th Iowa player selected in the draft over the past six years. Iowa had two offensive linemen selected in the same draft for the first time since 2012, when Riley Reiff was a first round selection and Adam Gettis was selected in the fifth round.

Iowa has had at least one player drafted in every NFL Draft since 1978. The Hawkeyes have had three or more players selected in the NFL Draft in eight of the past nine years.

The Rams are coached by Jeff Fisher. Donnal was the fifth player selected by the Rams, including the first round selection of Georgia running back Todd Gurley. St. Louis also selected Wisconsin offensive lineman Robert Havenstein and Louisville offensive lineman Jamon Brown.