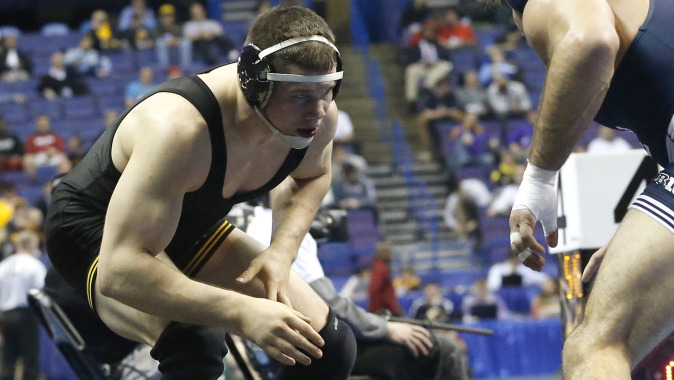 Burak won all six matches by technical fall, blanking his opponents 52-0 before defeating Austin Schafer, 12-1, in the finals.

He was one of seven Hawkeyes to place in the top five at the event. Alex Meyer, Phillip Laux, Sammy Brooks, and Brandon Sorensen placed in the top five of the freestyle tournament, and Burke Paddock and Sam Stoll placed second and third, respectively, in the Greco-Roman tournament.

Brooks (86 kg/189 lbs.) and Sorensen (70 kg/154 lbs.) placed fifth in their respective brackets. Sorensen won three matches by tech. fall and one by fall. Brooks was 5-2 overall, falling 6-4 in the semifinals, and losing on criteria, 7-7, in the consolation semifinals.