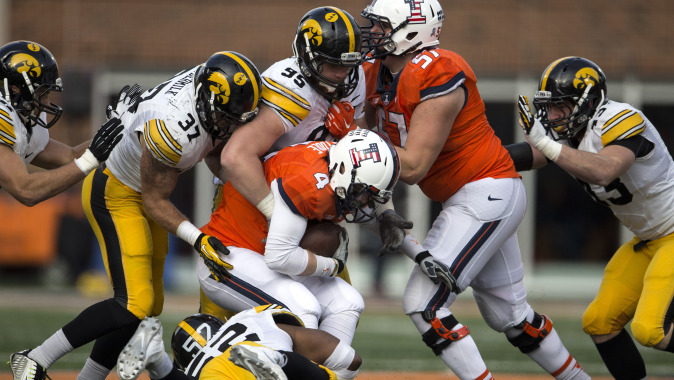 IOWA CITY, Iowa — University of Iowa senior defensive end Drew Ott has been named to the 2015 Bronko Nagurski Trophy Watch List. The announcement was made Friday by the Football Writers Association of America (FWAA). Ott is one of 88 Division I players nominated for the award, which is presented annually to the national defensive player of the year.

The Bronko Nagurski Trophy winner will be chosen from those five finalists who are part of the 2014 FWAA All-America Team. The FWAA All-America Committee, after voting input from the association’s entire membership, selects the 26-man All-America Team and eventually the Nagurski finalists. Committee members, then by individual ballot, select the winner, the best defensive player in college football.

Ott and the Hawkeyes open the 2015 season by hosting Illinois State on Sept. 5 inside Kinnick Stadium. Tickets are available for purchase by contacting the UI Athletic Ticket Office at (800) IA-HAWKS, or online at hawkeyesports.com.