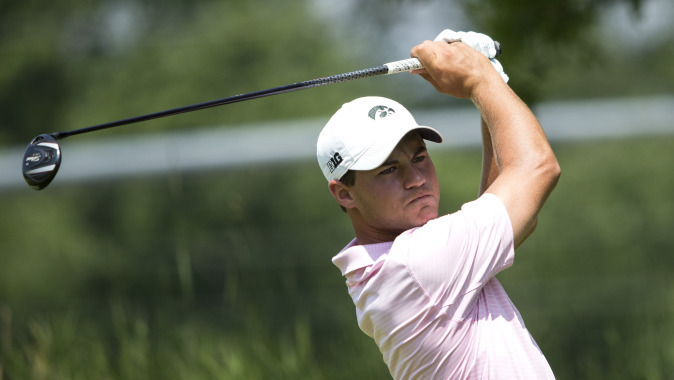 Yankovich, a senior, competed in seven tournaments last year, averaging 75.29 strokes per round. The Blacklick, Ohio, native was second on the team with four top-20 finishes last season, including a season-best 10th place finish at the Hawkeye-Great River Entertainment Invitational. Over the summer, Yankovich competed in the U.S. Amateur for the second straight year.

Knoll, a junior from Naperville, Illinois, earned second team All-Big Ten and Division I PING All-Midwest Regional team honors in 2015. He was Iowa’s top finisher in two events last year, with his best performance coming at the Rod Myers Invitational, where he tied for 13th. Knoll finished with the second lowest scoring average (72.47) of all Hawkeye golfers and had the second most top-20 finishes (six). He carded the best 72-hole score of his career (299; +11) at the 2015 Big Ten Championships.

Schaake, a junior, led Iowa to its seventh-straight NCAA Regional appearance in 2015, and was one of six Big Ten golfers to earn first team all-league honors. His sophomore campaign was highlighted by his performance at the 2015 Big Ten Tournament, where he became the third Hawkeye in program history and the first since 1992 to be crowned individual champion. The Omaha, Nebraska, native shared medalist honors with Illinois’ Nick Hardy as each carded a four-under-par 284.

A Division I PING All-Midwest Regional Team selection, Schaake carried a team-best stroke average of 71.17 — the second-best total in program history. He provided Iowa’s top individual finish in 7-of-10 stroke play tournaments, while recording four top-10 finishes and 18 rounds at or below par. This past summer, Schaake made his PGA Tour debut after earning a sponsor’s exemption for the 2015 John Deere Classic. Schaake won the Waterloo Open Amateur Division in July after carding a 209 (-10; 70 65, 71) in the three-day tournament.

The Hawkeyes — one of two Big Ten teams to appear in NCAA Regional competition in each of the last seven years — open the 2015-16 season on Sept. 13 with a trip to Minneapolis for the Gopher Invite.