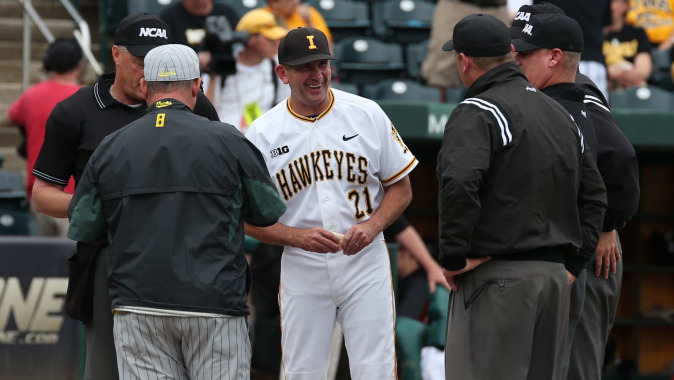 Weather permitting; the Hawkeyes will face an opponent to be determined in their home opener on either March 8 or March 9 before traveling to Atlanta for four games at the Perfect Game Tournament from March 11-14.

From March 18-20, Iowa returns to Springfield, Missouri, for a three-game series at Missouri State. The Bears eliminated Iowa from regional play in 2015 to advance to Super Regionals.

The Hawkeyes will host a loaded Big Ten schedule in 2016, hosting three-game series against Maryland (March 25-27), Illinois (April 8-10), Michigan (April 22-24), and Michigan State (May 13-15). Maryland and Illinois were NCAA Super Regional teams, and Michigan was an NCAA Regional qualifier.

Iowa will host Big 12 Conference foe Kansas State for a three-game weekend series from April 29-May 1. The Hawkeyes’ two road midweek contests will be Bradley (April 20) and Western Illinois (May 17).

The 2016 Big Ten Tournament will be held at TD Ameritrade Park in Omaha from May 25-29. NCAA Regional play will be June 3-6 at campus sites across the country.