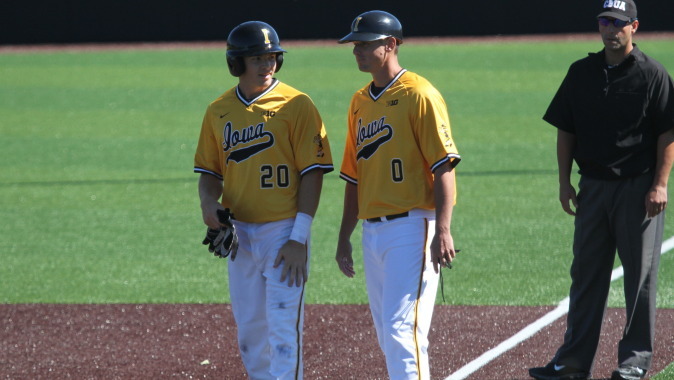 “We are happy to have Erik on our staff,” said Heller. “He is an excellent coach and brings a great deal of experience to our team. His positive energy and enthusiasm is contagious. We are lucky to have him at Iowa.”

Foor’s most recent coaching stop came at Belmont Abbey College during the 2014 season. While with the Crusaders, Foor served as varsity pitching coach and junior varsity head coach.

During his lone season in North Carolina, Foor coached the Conference Carolinas Freshman Pitcher of the Year and a first-team all-conference pitcher, and led the JV team to the most wins in program history. Left-handed pitcher Cody Stull was selected in the MLB Draft.

From 2009-13, Foor was pitching coach at California State University, San Bernardino, where he had eight pitchers selected in the Major League Baseball First-Year Player Drafts.

During his stop at San Bernardino, Foor helped the team to a pair of third place finishes in the CCCA Conference Tournament, and the pitching staff had a sub-four ERA in three seasons. The staff had a 3.44 ERA in 2010 — the second-best mark in the league.

As a player, Foor competed in professional baseball from 2005-07. He played for the Chicago Cubs organization in 2005-06, before competing for Yuma Scorpions and Rio Grande Valley White Wings in 2006-07.

Foor played collegiate baseball at California State University, San Bernardino in 2004-05, where he was an all-conference starting pitcher as a senior. He earned his bachelor’s degree in kinesiology from CSUSB in 2009 and a master’s degree in education in 2012.