Single-Game Tickets on Sale to B1G Home Games Next Week 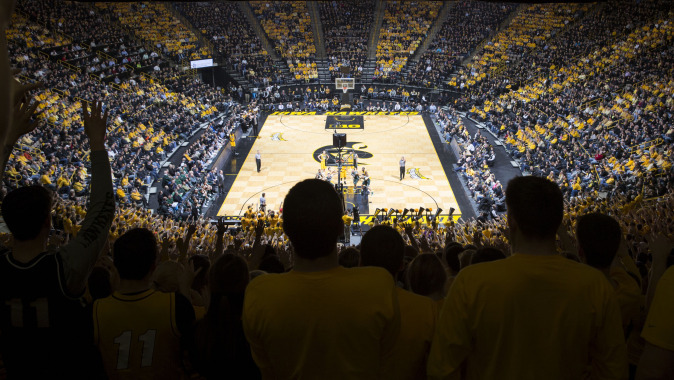 In an effort to increase the number of fans who will have access to Big Ten home games on the weekend, the UI Athletics Ticket Office will be putting limits on the total number of tickets that can be purchased. Those limits are as follows:

Sales will begin at 9 a.m. (CT) daily online by clicking HERE and over the phone at 1-800 IA-HAWKS and in person at the UI Athletics Ticket Office located in Carver-Hawkeye Arena.

Fran McCaffery‘s Hawkeyes open their 2015-16 season Friday night against Gardner-Webb. That game will tip at 8:32 p.m. (CT) and is the second game of a college basketball doubleheader. The first game features the Iowa women’s basketball team entertaining North Dakota at 6 p.m. (CT) on Mediacom Court.